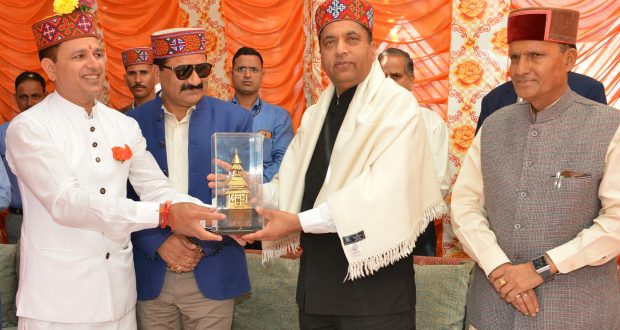 Whole atmosphere in Kullu valley was filled with religious fervour and divinity when  over 2200 Bajantris (instrumentalists) congregated at the Atal Sadan ground in the presence of Chief Minister Jai Ram Thakur to play ‘Devdhun’ on the occasion of International Kullu Dussehra festival today. Devdhun is the sound that resonates after playing different traditional instruments when deities move out of their temples to join local festivals. 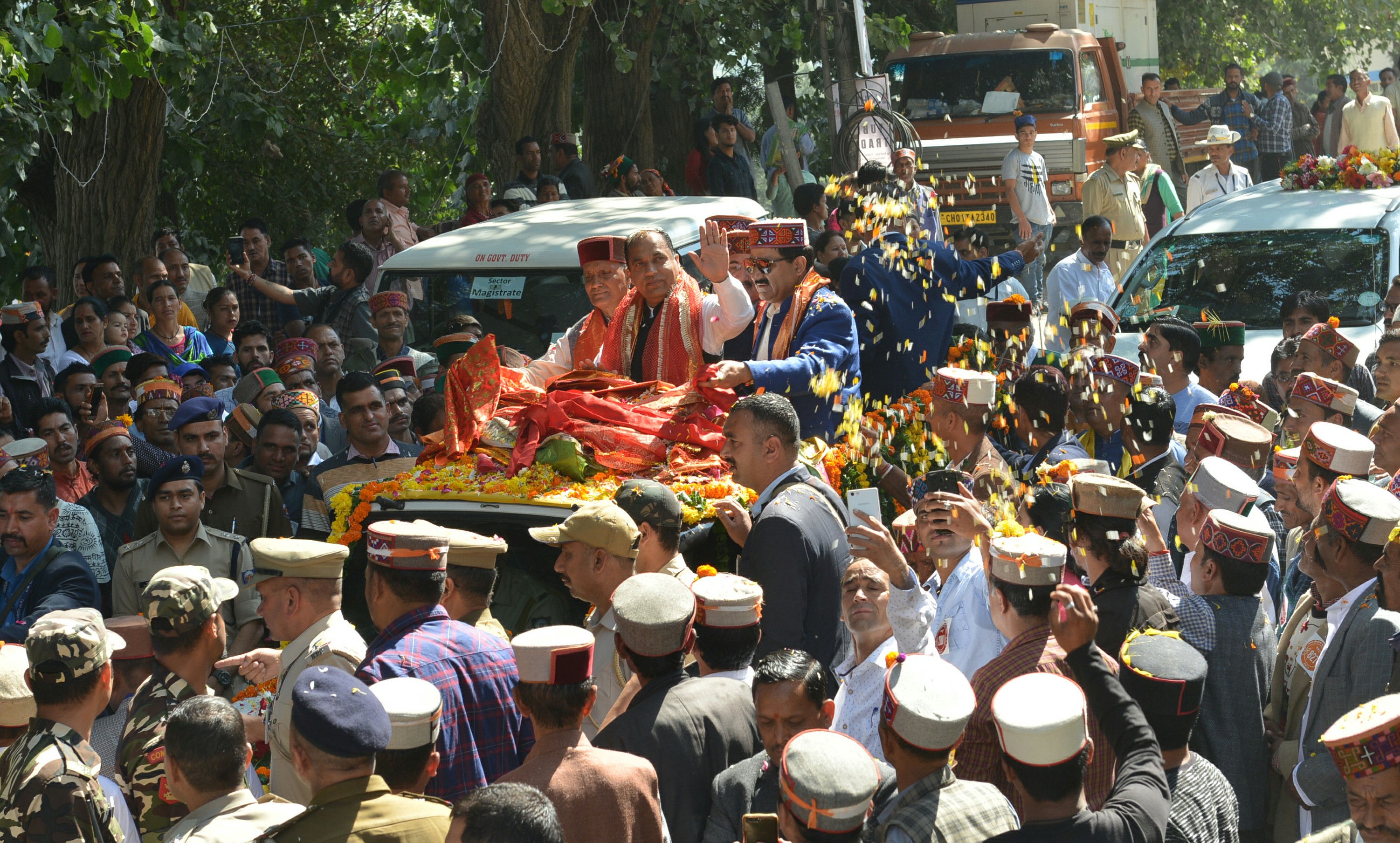 Speaking on the occasion, the Chief Minister said that it was a great honour for the people of the State in general and people of Kullu district in particular that the ‘Devdhun’ has entered the India Book of Records for being an event in which over 2200 musicians played traditional instruments together at one place to fill the whole atmosphere with divinity and traditional fervour. He said that the efforts of the musicians were indeed laudable. 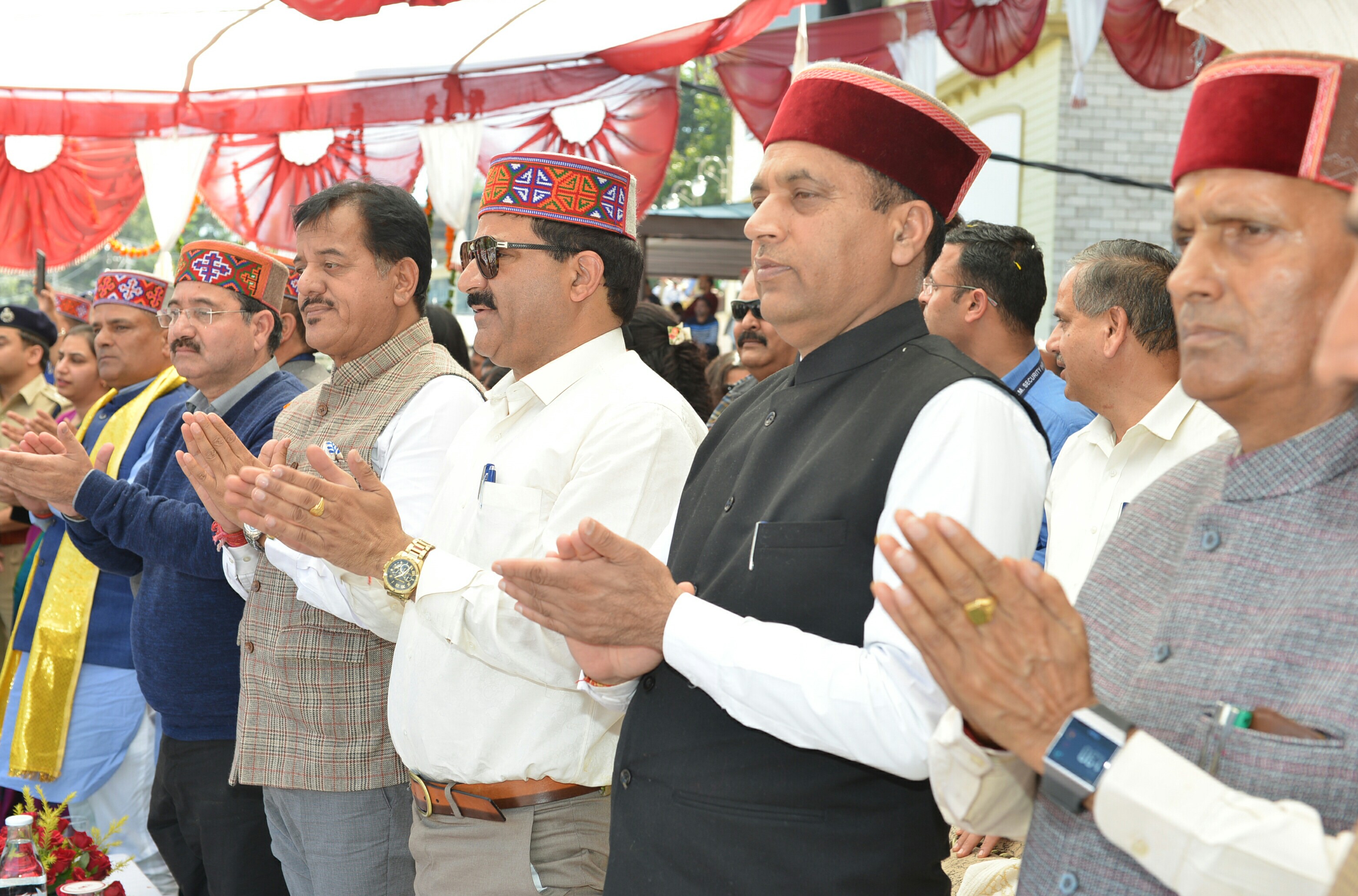 Jai Ram Thakur said that the State Government would ensure that this event not only become a regular event but also an added attraction of International Kullu Dussehra. He said that in the present era of cut throat competition, our age old culture and traditions were slowly vanishing and urged the people to come forward to conserve the same. He announced Rs. 5 lakh from his discriminatory fund to the Bajantaries who performed during the event.

Earlier, the Chief Minister laid foundation stone of statue of Bharat Ratan Atal Bihari Vajpayee at Atal Sadan Kullu to be built by spending an amount of Rs. 22 lakh. 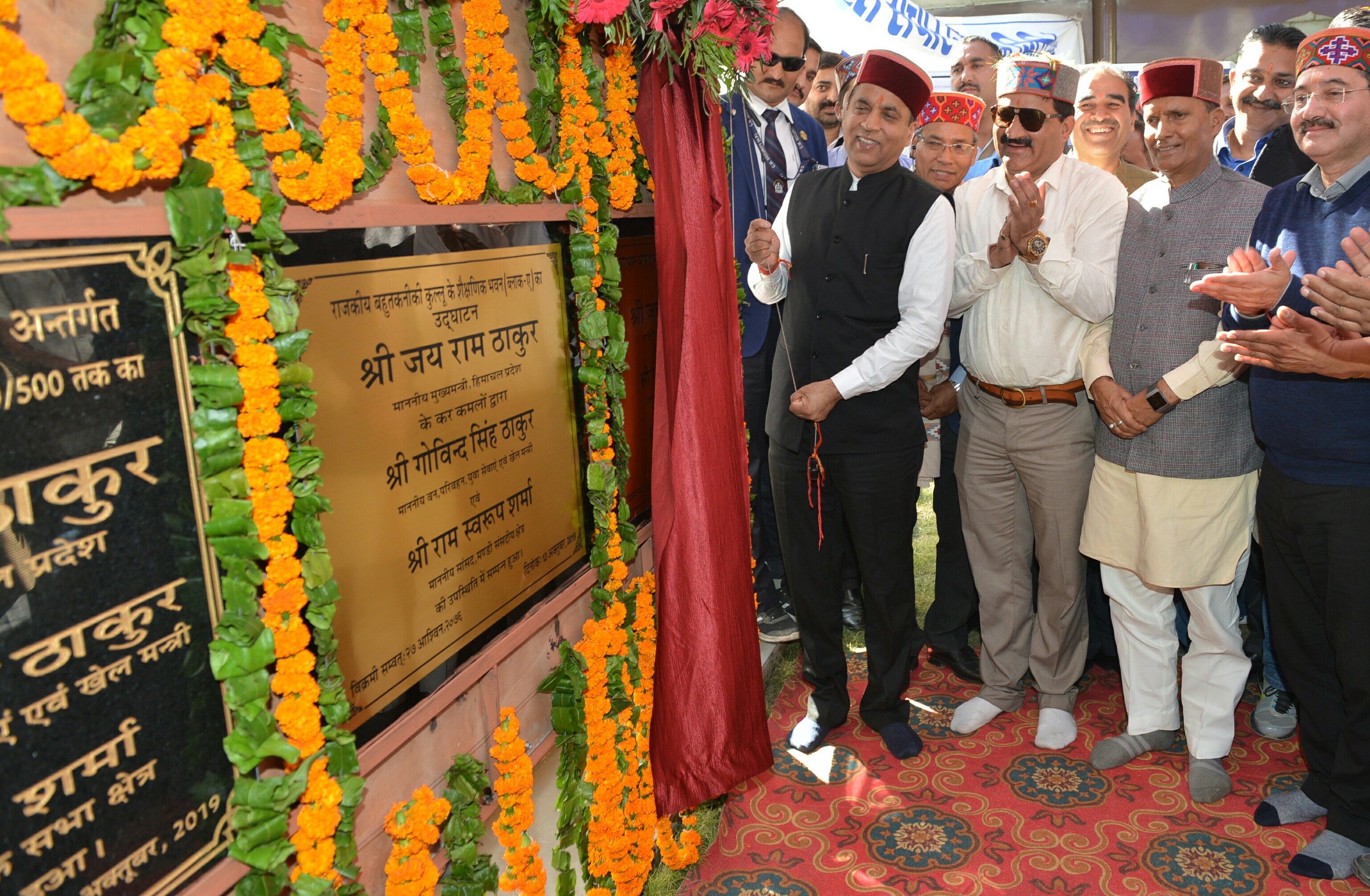 He inaugurated Nagujhour-Mashna-Thach road constructed at a cost of Rs. 6.31 crore under PMGSY Stage –II and online flagged off bus on this route.

He inaugurated academic block ‘A’ of Polytechnic building Kullu constructed at a cost of Rs. 5.75 crore and renovated building of Deputy Commissioner Office at Kullu at a cost of about Rs 83 lakh.

Earlier, on his arrival at Kullu, the Chief Minister was accorded rousing welcome by the people of the area. 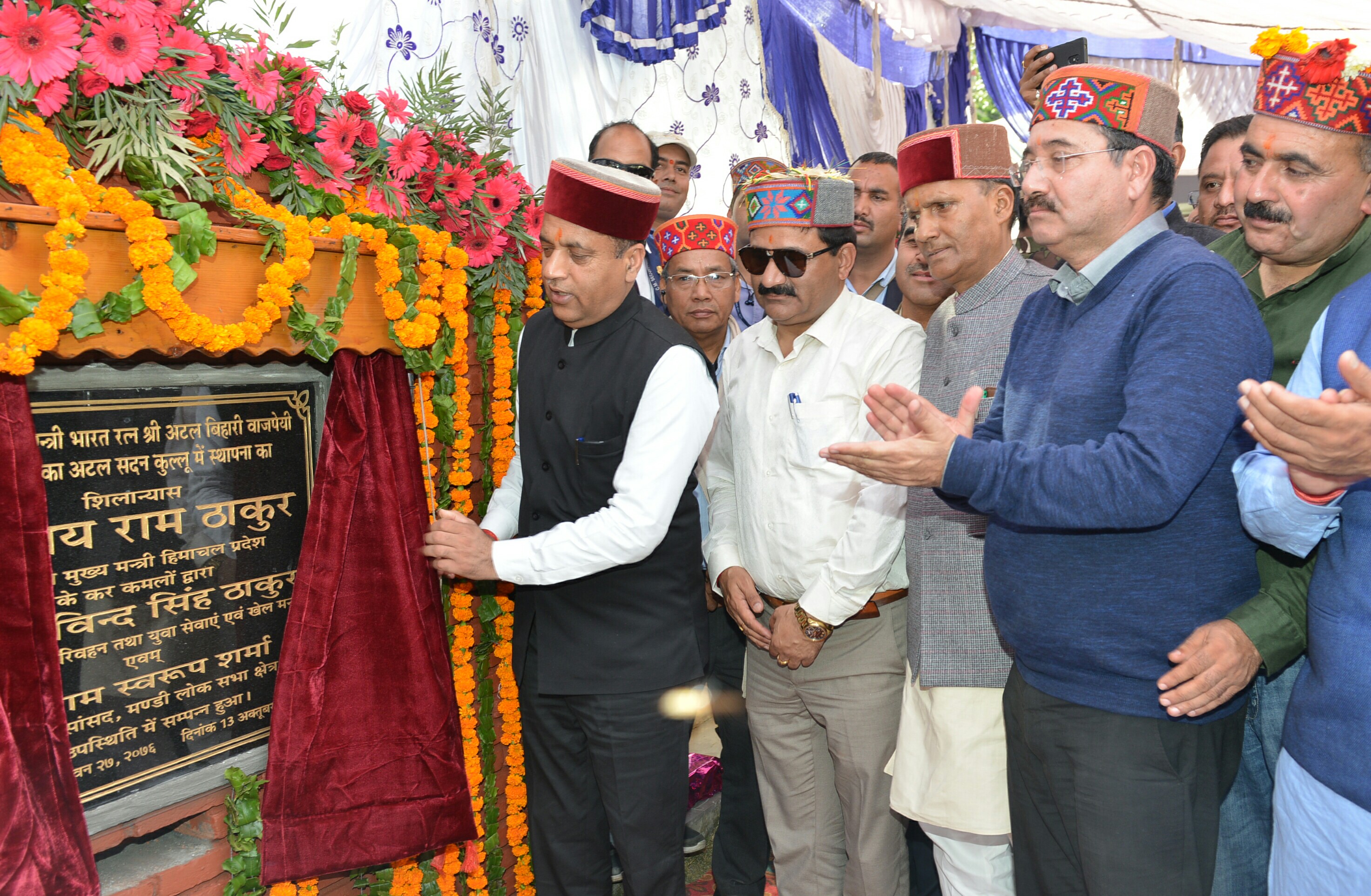 Forest, Transport and Youth Services and Sports Minister Govind Thakur said that the Devdhun played on the occasion of international Kullu Dussehra was a concept suggested by the Chief Minister Jai Ram Thakur which shows his interest and love for the Dev Samaj and State culture. 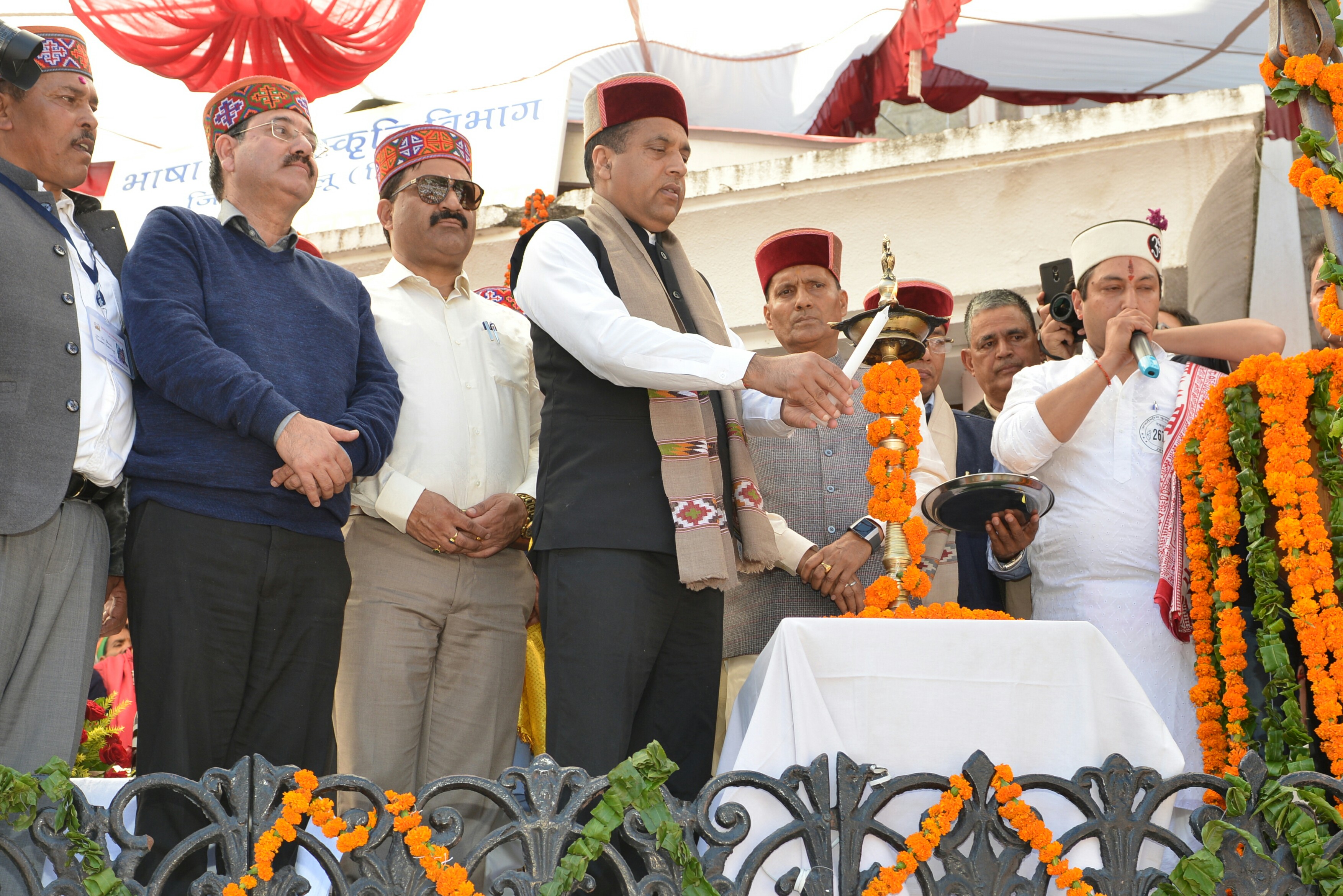 President of the Kardar Sangh apprised the Chief Minister regarding various demands of the Sangh.