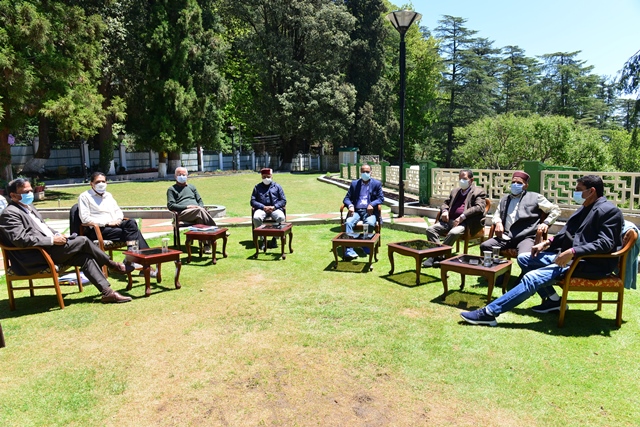 Keeping in view the sharp surge in number of Covid cases in the state, the State government has decided to impose corona curfew in the four districts of the State viz. Kangra, Una, Solan and Sirmour from 10 pm to 5 am from midnight of 27th April to 10th May, 2021.This was decided in a high-level meeting held here today under the chairmanship of Chief Minister Jai Ram Thakur.

It was also decided to make RTPCR tests within 72 hours mandatory for all the visitors visiting the State. It was decided that in case the persons visiting the State have not undergone RTPCR test, they would have to remain in home quarantine/isolation at the place of their residence for fourteen days.  They would also have the option of getting themselves tested after seven days of their arrival, and in case the test comes negative, they do not require to remain quarantined.

It was also decided that local bodies, both in urban and rural areas would be closely involved in effective enforcement of all the SOPs and guidelines in their respective areas and empowered to initiate legal action against the violators so as to check spread of this pandemic.

It was also decided in the meeting that Special Task Force would be constituted at the local level for effective enforcement of SOPs during all the religious, social, political and cultural gatherings. They would be empowered to initiate strict action against the people violating the guidelines and SOPs issued by the State Government from time to time.

The State Government would keep on reviewing the situation from time to time and decisions would be taken accordingly.