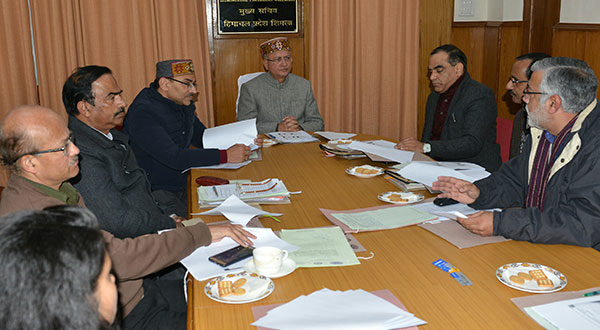 He said that there were 4,97,774 students enrolled in 15,516 Primary and Upper Primary schools from class 1st to 8th  in the State, who were getting mid day meal. He said that Government of India (GoI) and State provides funds under MDMS on 90:10 basis and GoI has approved rupees 8586.33 lakh and State has allocated rupees 862.30 lakh for current fiscal.

Shri Khachi said that 25,000 Pre-Primary students are enrolled in 3,740 selected government schools, who should also be provided mid day meals from state resources and he directed the education department to take up the matter of providing additional funds from GoI for this purpose.