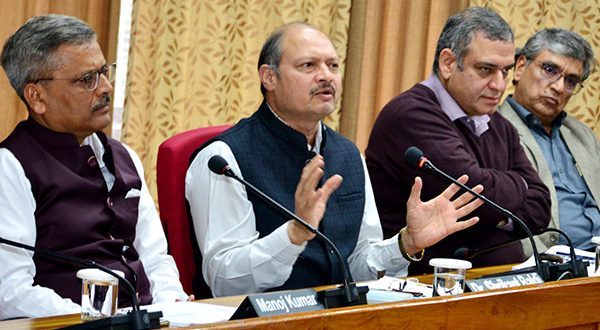 The Chief Secretary directed to make all out efforts to make the summit a big success. He directed for proper arrangements of accommodation and transportation as 1500 to 2000 participants are expected to attend the Meet. He also directed to engage accommodations and travel partner for the smooth conduct of this summit. A general helpline number will also be setup for everything including information regarding accommodation, transportation and details related to the event.

It was informed that more than 1600 invitations are being sent for this summit and ambassadors of about 20-25 countries are expected to attend the summit. Apart from this, Union Ministers, Chief Ministers of other States and foreign delegates are also being invited. He said that rooms will be booked for VVIPs and dignitaries in Dharamshala, Palampur and Kangra in addition to the government guest houses.

The Chief Secretary said that the next meeting of the organising committee will be held at Dharamshala on 16th October, 2019.

It was also informed that nine committees have been constituted for smoothly organising the summit. As many as eight sectoral sessions will be held during the summit in which various Ministers, Secretaries and dignitaries will share their experiences. A cultural programme will also be organised on the first day of the summit.