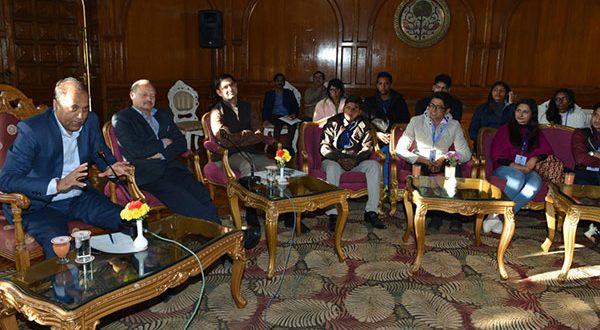 While interacting with the delegates who are on a visit to the State under the ‘Know India Programme’, Chief Minister Jai Ram Thakur said that Himachal Pradesh was one of the most peaceful states of the country, where crime rate  is very low as compared to the other states. He said that the literacy rate of the State is second after Kerala.

While replying to a question of a delegate regarding vision of the Chief Minister for development of the State, Jai Ram Thakur said that his vision was to make Himachal Pradesh a best tourist destination of the Country and one of the favourite destinations of the world. He said that he was also committed to generate resources for the State to make it self-reliant and self-dependent with ample employment and self-employment opportunities to the youth of the State.

Chief Secretary Dr Shrikant Baldi said that such type of programmes were vital for understanding the culture and tradition of other countries. He said that this year the Union Government has made Himachal Pradesh a ‘Partner State’ under the ‘Know India Programme’. 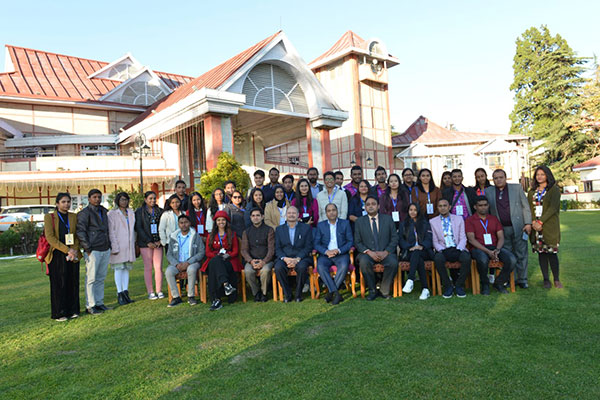 Director Tourism Yunus welcomed the Chief Minister and other dignitaries and said that 40 participants from nine countries viz. Myanmar, Mauritius, Sri Lanka, Fiji, Israel, Trinidad and Tobago, Suriname, Guyana and South Africa were participating in this ‘Know India Programme’. He said that in last six days these participants visited different parts of the State.

Deputy Secretary External  Affairs, Government of India Nishi Kant Singh said that this Scheme was started by the Union Government in the year 2003 with an objective to understand and know about the rich cultural repository of the our country.

The delegates also shared their experiences of the visit with the Chief Minister.