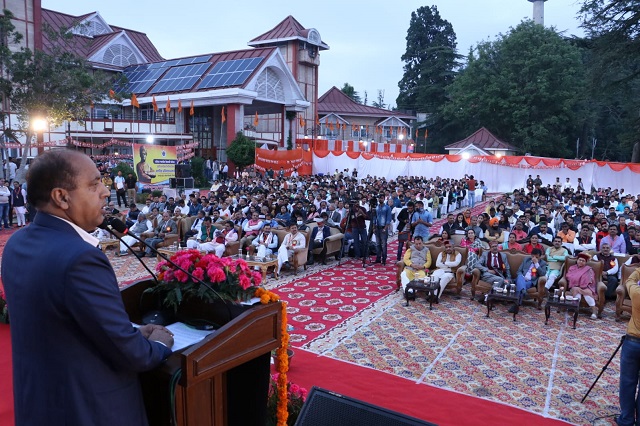 While speaking on the occasion, the Chief Minister said that the ABVP has always been vigilantly working towards protection of student rights, national interest and upliftment of society. He said that the contribution of ABVP during disaster management has always been remarkable. He said that ABVP has set an example during covid pandemic with their active involvement by extending all possible assistance to the needy.

Jai Ram Thakur appreciated the efforts of ABVP in organising several blood donation camps and steps taken towards environment protection. He said that such endeavours provide motivation to others as well. He also recalled his works as ABVP worker and shared his experiences during that period.

The Chief Minister also released Himachali Swatantra Veeron Ka Parichay, a book by the Students for Holistic Development of Humanity (Research) Foundation on this occasion.