The Governor said that Ex- Army men have served the Nation, which gives us immense pride. He said that Himachal Pradesh is a land of braves and the youth of this State are serving in Indian Army and Paramilitary forces. He said that the Union and State Government is committed towards welfare of Ex-Army men and their issues would be looked into sympathetically. 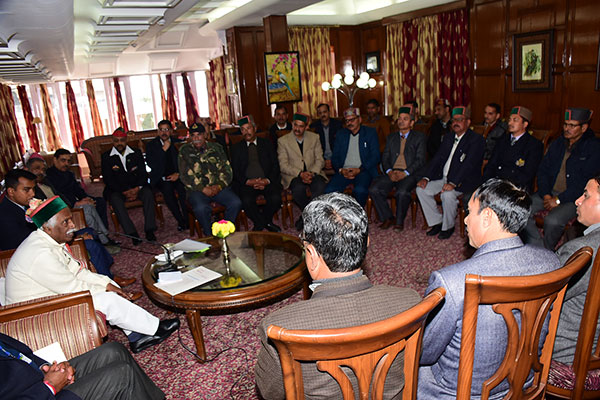 During the meeting Ex-Service men apprised the Governor of the issues such as completion of Walker Hospital in Shimla, One-Rank-One pension, issue of Sainik rest house at Reckong Peo in District Kinnaur, to increase income criteria for old pension, to provide Helicopter service to bring home body of martyred soldier from any part of the country.

Governor said that the issues of the Ex-Army men would be considered sympathetically.