Being the backbone of state’s economy, State Government is laying special impetus on strengthening tourism industry in the state.  To boost tourism sector, the State Government signed 225 MoUs worth Rs. 16000 crore in tourism sector during Global Investors’ Meet and work on  almost 15 percent projects has been started. Groundbreaking ceremony of 81 projects with an investment of Rs 3322 crore in Tourism sector was performed on completion of two years tenure of state government.

Efforts are being made to make tourism sector employment-oriented for local residents and under which 2000 homestays and 3600 hotels have been registered in the state. Last year, 476 new homestay units were registered. Recently, 500 homestay owners from Solan, Shimla, Mandi, Manali, Dharamshala and Kinnaur were provided training at Institute of Hotel Management.

A provision of Rs. 50 crore has been made Under Nai Rahein Nai Manzilein scheme, develop the virgin lands of the State. In the first phase of the scheme, development of Janjheli of District Mandi, Chanshal of District Shimla, Bir-Biling of District Kangra, water sport activities in Largi and Pong area will be done.

To strengthen the tourism sector, Asian Development Bank has approved project worth Rs. 656.00 crore. The project will be completed in two phases/ tranches. In Tranche-I 19 sub projects were created and have been completed. In Tranche-II 11 sub projects have been created and are under progress. Another ADB aided scheme with an outlay of Rs. 1892.00 crore has also been approved for the State. This scheme includes a special package of community development, under which people of rural areas would be encouraged to set up activities related to tourism. 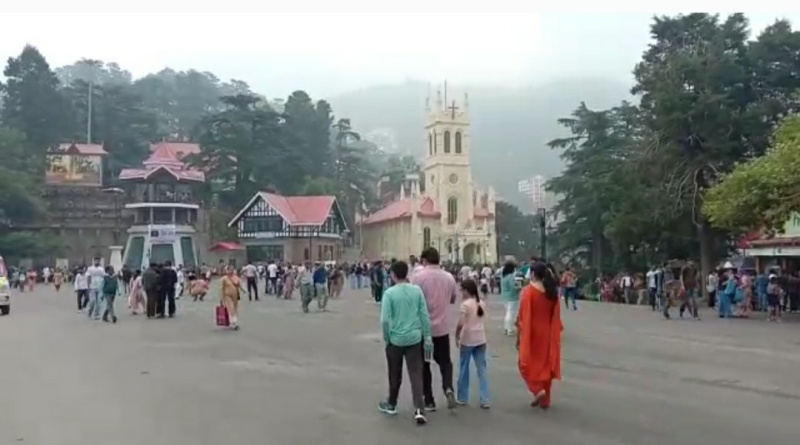