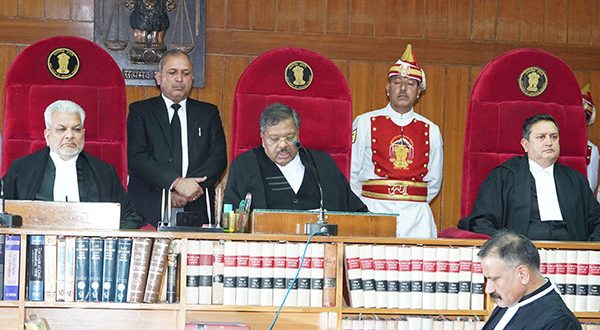 A Full Court reference was held today in the High Court of Himachal Pradesh to welcome the new Chief Justice Lingappa Narayana Swamy. He recently sworn-in as the 25th Chief Justice of H.P High Court.

The proceedings of the reference were conducted by the Registrar General Virender Singh.

Speaking on the occasion, Justice L. Narayana Swamy said that   he was feeling extremely happy and privileged on assuming the charge as the Chief Justice in Himachal Pradesh, as honest, simple and God fearing people reside here.

He said that Judiciary plays a vital role in the country as well as the States in imparting justice to the people and safeguarding their rights. Therefore, to preserve the rule of law and the democratic basis of our polity under the Constitution of India, the Judiciary must be strengthened and streamlined right from the lower level. 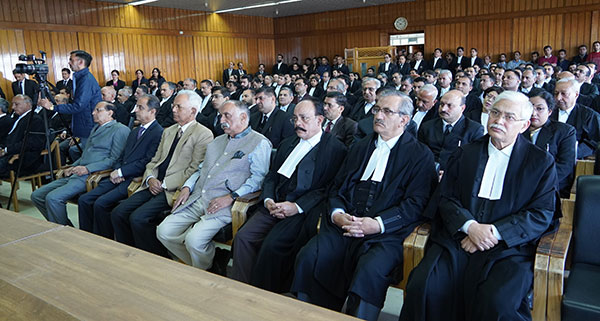 The Chief Justice assured that keeping in mind  the aforesaid  fact and also the pendency of cases in the High Court as well as lower judiciary in the State, he would make all efforts for strengthening and streamlining the judicial system.

He further said that he expects full co-operation and co-ordination from the Bar and employees, while discharging his duties, so that the people who come to the Court for justice  go out with a satisfaction and feeling that justice has been done.

Justice Dharam Chand Chaudhary congratulated and welcomed Justice L. Narayana Swamy on his first day in the Court and said that Justice Narayana Swamy had been impartial and fearless while delivering judgments and has a rich and varied experience as Judge.  With his firm determination, dynamic farsightedness, great administrative capability, vast and varied experience, the State Judiciary will be adorned to much greater heights and achievements.