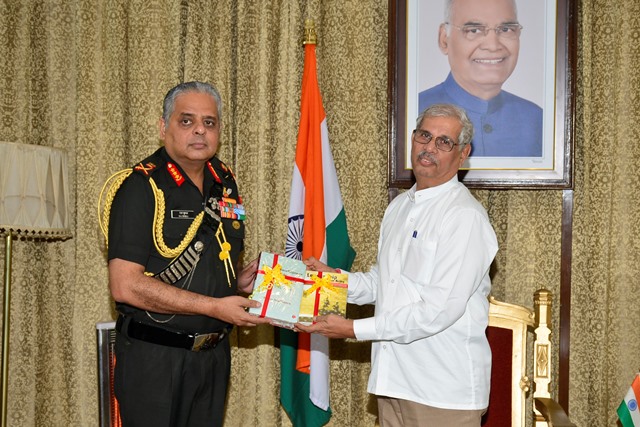 In his courtesy call, Lt. General briefed about the activities related to ARTRAC. He said that the country has a number of defence training institutions to train the youth for military services and also have many academies and colleges to train professional soldiers in strategies and techniques of the military along with warfare command, military sciences, and related technology.

Shukla said that the Army has High Altitude Warfare School to function as the Army nodal instructional facility for specialized training and dissemination of approved doctrines in mountain, high altitude and snow warfare. It also helped for developmental inputs of mountain, snow and high altitude warfare. He also discussed the College of Combat/Army War College located at Mhow in Madhya Pradesh. It develops and evaluates concepts and doctrines for tactics and logistics for the army, he added.

He invited the Governor to visit ARTAC.