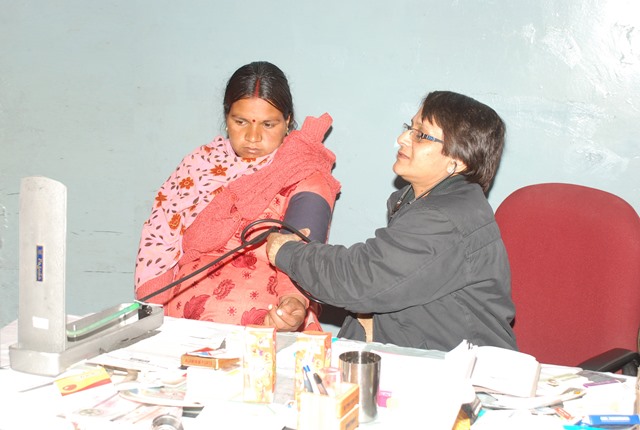 Thanks to the quality health services being provided by the State government to the women of urban as well as rural areas during pregnancy, delivery and post delivery due to which institutional delivery has increased manifolds and Maternal Mortality Rate (MMR) of Himachal Pradesh has declined in recent years. The institutional delivery has increased to 91 percent in the State. Maternal Mortality Rate in the State has declined to 55 per 1,00,000 live births which is better than the envisaged global target.

All countries of the world have united for a new target to accelerate the decline of maternal mortality by 2030. Sustainable Development Goal includes an ambitious target: “reducing the global Maternal Mortality Rate to less than 70 per 1,00,000 births, with no country having a maternal mortality rate of more than twice the global average”.

To raise awareness about adequate access to care during pregnancy, childbirth and postnatal services, the National Motherhood Day is observed every year on April 11, on the birth anniversary of Kasturba Gandhi, the wife of the father of Nation Mahatma Gandhi. India became the first country to do so.

Initiatives by the government

The State government has taken many initiatives for the care of pregnant women. The government has launched Janani Shishu Suraksha Karyakaram (JSSK) to promote institutional deliveries. It is an initiative to provide completely free and cashless services to pregnant women including normal deliveries and caesarean operations and sick new born up to one year after birth in Government health institutions in both rural & urban areas.

The entitlements include free drugs and consumables, free diagnostics, free blood if required and free diet. It also provides free transport from home to health institutions, free transport between facilities in case of referral and free drop back from Institutions to home. Similar entitlements have been put in place for all sick new-borns and infants accessing public health institutions for their treatment.

Maternal health and newborn health are closely linked. Most maternal deaths are preventable, if women access health-care facilities to prevent or manage complications. All women need to be aware of care in pregnancy and during and after childbirth. Therefore it is important that all births are attended by skilled health professionals to provide required treatment in time.

It is being ensured by the government in all health facilities that the growth of the fetus including vital parameters is also monitored during the ANCs. Not having regular ANCs may lead to pre-existing diseases during the pregnancy such as diabetes, hypertension, anemia being missed leading to complications to both mother and the child often leading to preventable fatalities. Pregnant women are also immunized with tetanus toxoid (TT) during the ANCs.

Pradhan Mantri Surakshit Matritva Abhiyan has been implemented in the State in letter and spirit which aims to provide assured, comprehensive and quality antenatal care, free of cost, universally to all pregnant women on the 9th of every month. It is envisages that a minimum package of investigations and medicines such as IFA supplements, calcium supplements etc. is provided to all pregnant women attending the health facility in their 2nd or 3rd trimesters of pregnancy at designated government health facilities. PMSMA targets to reach out to all pregnant women and identification and follow up of high risk pregnancies by a physician or specialist.

Nutritious Diet has a vital role to play in the well being of mothers. Malnutrition in pregnancy can lead to several complications, including life-threatening postpartum hemorrhage. A large number of pregnant women in the State are anemic, which is one of the underlying causes of maternal deaths. Folic acid is one of the most important requirements for a pregnant woman. To address this problem, pregnant women visiting the government health facilities are counseled about the diet to be taken during pregnancy and are provided iron and calcium supplements free of cost.