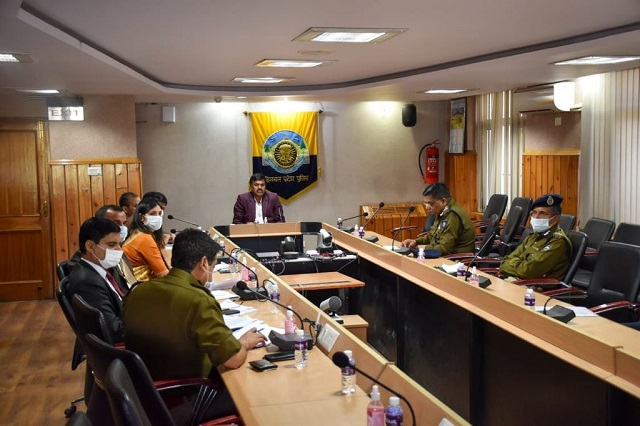 During the meeting, discussions were held on various issues in regard to maintenance of Law and Order during bye-elections of Mandi Parliamentary Constituency and Arki, Fetehpur and Jubbal-Kotkhai Assembly Constituencies.

CEO also urged the police officials on election duty to cast their vote. He asked to take effective steps to ensure security of Electronic Voting Machines and other materials. He directed to deploy CAPF in vulnerable areas and to monitor illegal liquor and other such issues.

Governor Rajendra Vishwanath Arlekar and Chief Minister Jai Ram Thakur have felicitated the people of the State on the pious occasion of Dussehra.

The Governor said that Dussehra festival symbolizes victory of good over evil and hoped that the festival would be celebrated with great enthusiasm throughout the State.