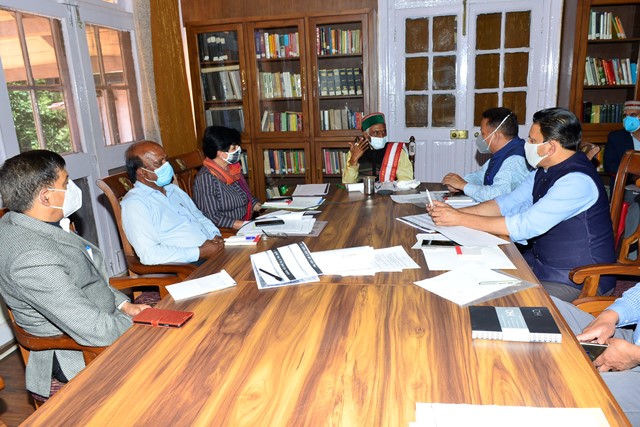 Governor Bandaru Dattatraya while emphasizing on quality education and health facilities in the tribal areas said that special efforts should be made to start schemes providing employment to the youth of these areas. He also stressed in encouraging the tribal produce.

The Governor was presiding over the meeting with the senior officials of the tribal development and forest department regarding the various issues of the tribal districts of the state at Raj Bhavan today which was attended by the Deputy Commissioners of Chamba, Lahaul-Spiti and Kinnaur along-with other senior officers through video conferencing.

The allotment of Pattas of Nautor land in all sanctioned cases in the tribal areas of the state and follow up action were discussed during the meeting. Problems of migratory shepherds and their solutions including problems of pastures, theft and problems of right of way were also discussed.

The Governor expressed satisfaction over the vaccination of all above 18 plus in Lahul-Spiti district. He said that special attention should be given to the requirements of health and education in the tribal areas. The specialists should be deployed in the health centers at least at the district level so that the people of these areas did not have to move towards other places for treatment. He stressed on improvement and modernization of health infrastructure and said that the new technology for education and services of such agencies could be hired to enhance quality education.

Principal Secretary, tribal development Onkar Sharma, gave a power point presentation on the status and development work being executed in tribal areas of the state. He said that the matter of transfer of land for the construction of Tribal Research and Training Institute at Gharog near Ghanahatti under Forest Conservation Act 1980 was pending with the forest department. He gave detailed information about the other development works.

Additional PCCF Rajesh Ekka was also present in the meeting.