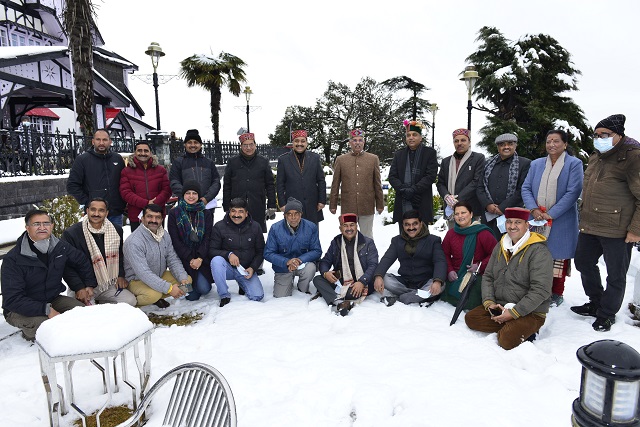 Governor Rajendra Vishwanath Arlekar enjoyed first snowfall of the season in Shimla with Chief Minister Jai Ram Thakur at Raj Bhavan today. The Governor along with the Chief Minister visited the Raj Bhavan complex and had the first experience of snow. 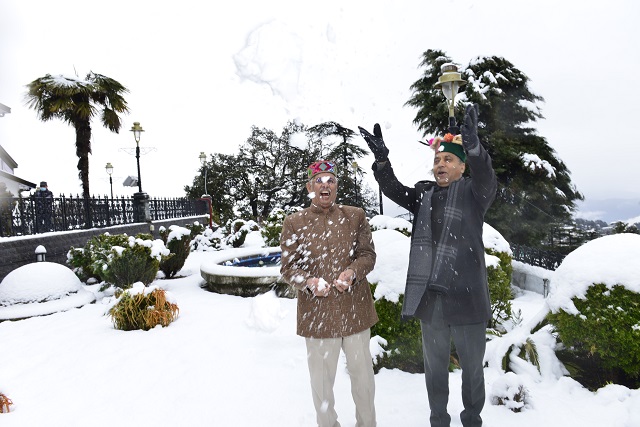 The Chief Minister shared many past experiences with the Governor regarding the snowfall. He also apprised about the usefulness of snowfall for the farmers and orchardists. The Chief Minister said that snowfall also helps in dealing with the shortage of water in summers, particularly in the capital area.

He said that the administration was fully prepared and active in dealing with heavy snowfall to provide relief to the local people from the hardships caused by snow and elaborate arrangements have been made to maintain the basic facilities like road, electricity, water etc.