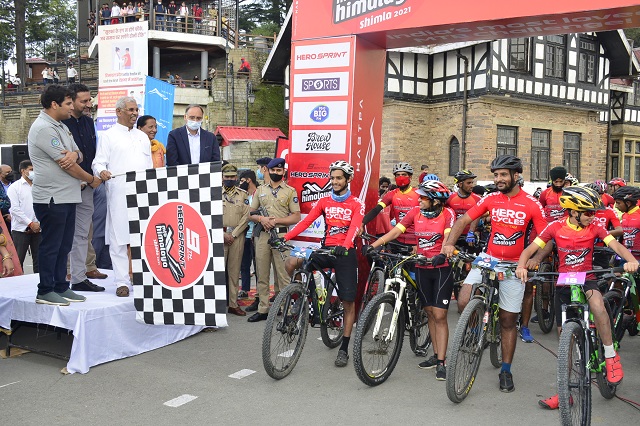 On the occasion, the Governor said that such a cycle rally could prove to be effective to control the increasing pollution.

“This will increase the passion of cycling among the people, especially the youth”, said Arlekar.

He said that Himachal was a hilly region and clean environment was its main attraction. Such efforts to promote cycling in cities like Shimla were commendable, he added. He appreciated the efforts of HASTPA and conveyed best wishes to all the participants.

President, HASTPA Mohit Sood apprised about the participants and said that 100 riders from 22 cities of India as well as representatives of defence forces were also participating in the rally.

The Governor honoured national champions and other dignitaries on the occasion.