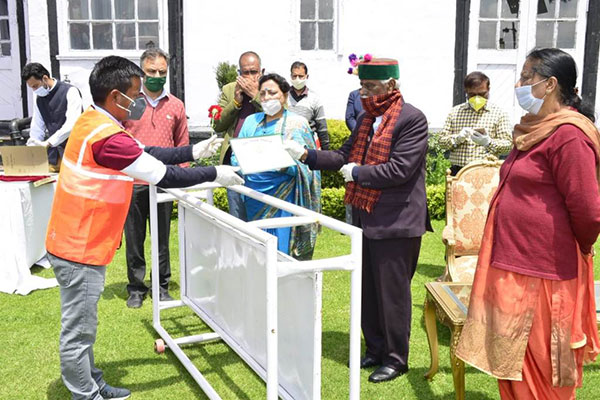 On the occasion, the Governor said that about 1,100 sanitation field staff including 30 percent women were conducting door-to-door hygiene campaigns by collecting garbage and risking their lives during this corona crisis.  He said these workers are Corona warriors in the true sense.

Shri Dattatraya expressed happiness that not even a single case of corona positive came in Shimla. He appreciated that special attention was being given to cleanliness in the city.

“These sanitation workers are brave hearts, who should be respected”, said Dattatraya.

The Governor has also felicitated the people on the occasion of Ayushman Bharat Divas.