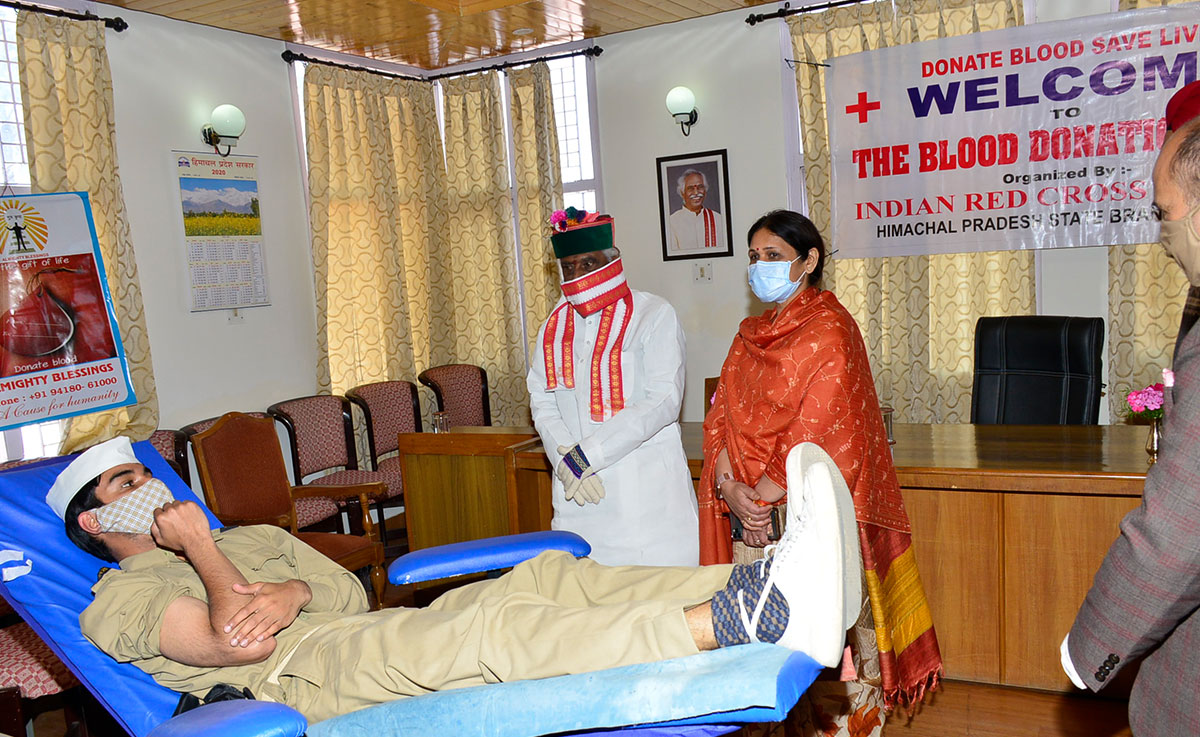 World Red Cross Day is observed on the 8th of May every year to commemorate the birth anniversary of the founder of the Red Cross, Jean Henry Dunant.

On the occasion, the Governor said the Red Cross played an important role in this crisis of global corona pandemic. He expressed satisfaction that the State Red Cross through its branches was carrying out various activities in the state. 582 volunteers of Red Cross were working with the local administration and so far, cooked food has been distributed to about 7 lakh people through Red Cross and food grains have been provided to more than 27 thousand families, he added. He said 1.75 lakh masks and 5,896 sanitizers have also been distributed. Red Cross has also provided 620 personal protective equipment (PPE).

Shri Dattatraya said that a blood donation camp was organized following social distancing for which all members of the society deserved appreciation. He hoped that more such camps would also be organized in future.

On the occasion, Dr Sadhana Thakur said that the main objective of Red Cross was to provide relief to the suffering humanity in times of calamity. He said due to the blood donation awareness campaign conducted by Red Cross, thousands of people have been saved from many fatal diseases like thalassemia, cancer, anaemia etc. He congratulated the members of Red Cross for organizing this camp. On this occasion, he urged the people to follow the guidelines regarding COVID-19 issued by the Government and said that we could fight the corona by adopting habits of social distancing, wearing masks and maintaining hygiene.

On this occasion, volunteers of Nirankari Mission also donated blood. The Governor also gave a citation to the people who participated in blood donation.

The blood donation camp was organized with the help of the medical team of Deen Dayal Upadhyay Hospital.

The Governor also thanked Shashi Prabha Gupta, a member of ‘Khushi’, a day care centre run for the care of aged people in the city of Solan by Golden Educational and Welfare Trust (Seva) who presented a cheque of Rs. 50 thousand to Deputy Commissioner Solan for State Red Cross Society as a contribution on the occasion of World Red Cross Day.  The Governor also thanked all women members of the day care centre Khushi, who presented a cheque for the amount of Rs.16,000 as a collection to the Deputy Commissioner for the District Covid-19 Fund. Smt Trupta Chaudhary, the seniormost member of the centre presented the cheque to the Deputy Commissioner Solan.