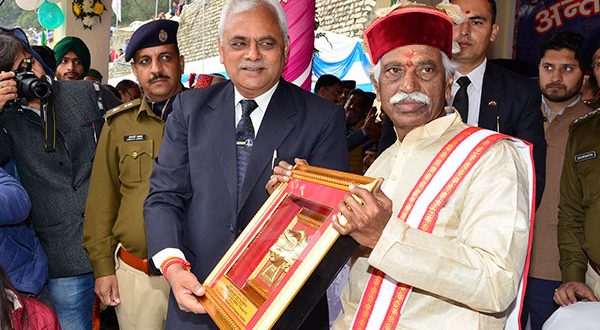 Governor Bandaru Dattatraya inaugurated the four-day long International Lavi fair at Rampur in district Shimla today. On this occasion, he appealed to the people to contribute towards making Himachal free from drugs.  He said that a massive campaign should be launched by involving more and more NGOs to eradicate this evil from the society to save the younger generation from its ill effects.

The Governor said that Himachal Pradesh was known for its rich culture, customs and traditions and it was evident from the fact that the people of the state celebrate the religious and traditional festivities with great enthusiasm and fervor.

He also stressed on the promotion of natural farming in the state and urged the farmers to take full advantage of government schemes.  He stressed on giving more momentum to the Prime Minister’s campaign of ‘Beti Bachao Beti Padhao’. 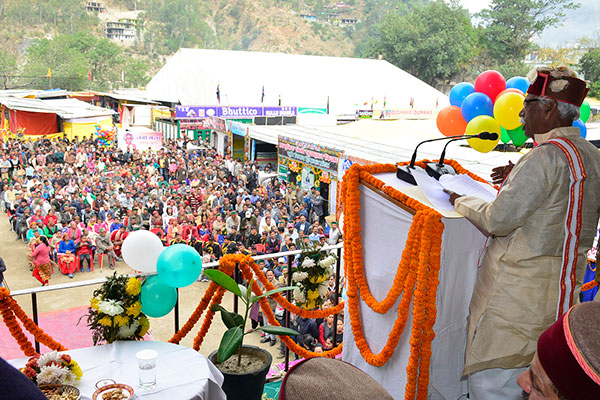 The Governor said that fairs and festivals play an important role in preserving the rich cultural heritage of state and every effort should be made to preserve it and to restore their old glory.  He said that Lavi fair has its own historical importance and is famous not only for trading activities but also for its age old long traditions. He said that such trade fairs provide self-employment opportunities to the rural people.

He said that this fair has remained an important trade fair between India and Tibet for centuries, and was a unique example of the glorious, social, cultural, economic history and legacy of Himachal Pradesh. Even today, the tradition was as vibrant as ever, he added.  He hoped that all the folk artists of the district and other areas of the state would enthral the audience with their performances and leave an impression on the younger generation about the importance of socio-cultural and ethical values preserved by the hill people.

Shri Dattatraya lauded the efforts of the organizers for carrying forward the rich tradition of the fair and added that woollens, dry fruits and other traditional crafts and products exhibited in the market were unique. He further said that the fair provided a good opportunity for promotion and sale of these products besides benefiting the traditional craftsmen and farmers. 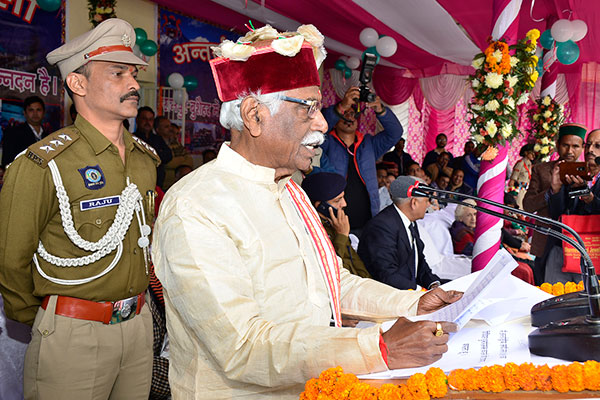 Governor also inaugurated the ‘Kinnauri market’ and the exhibition put up by various government departments and other organizations and evinced keen interest in the exhibits. He also took a round of the market and interacted with the local people.

Earlier, Deputy Commissioner and Chairman of the Lavi Fair Organising Committee, Amit Kashyap welcomed the Governor and detailed out the activities of the fair. He also honoured the Governor with Kinnauri cap, shawl and memento.

Welcoming the Governor, local MLA Nand Lal said that this trade fair was still carrying its high tradition.  He said that the sale of Chamurthi horses was a centre of attraction.  He urged the Governor to take initiative to start a medical college at Rampur.

Member, Planning Board Prem Singh Draik welcomed the Governor and informed about the historical significance of the fair.  He urged to set up a separate police task force to check illegal drug addiction and stressed on the promotion of natural farming. 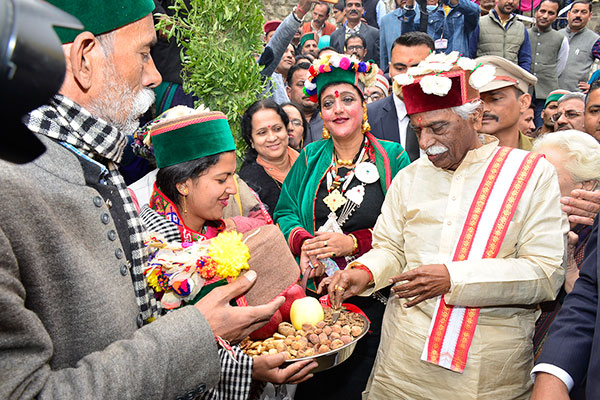 A colourful cultural programme was also presented on the occasion.

Earlier, the governor also went to the Lakshmi Narayan temple and paid obeisance.