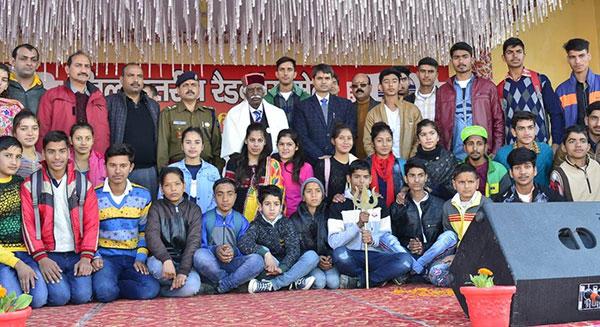 Governor Bandaru Dattatraya has called for making the campaign against drugs more effective so that the younger generation could be saved from destruction.

The Governor was addressing on the occasion of inaugural function of Red Cross fair organized by District Red Cross Society at Sundernagar in Mandi district, today.

He expressed contentment that District Red Cross Society was providing free medical care to poor people and financial assistance of more than Rs 17 lakh has been provided for treatment of poor and helpless patients during the period from April 2018 to November 2019. He added that three digital X-ray plants have been set up for the convenience of the general public through the Society in the premises of the Regional Hospital Mandi, Civil Hospital Sundarnagar and Civil Hospital Karsog. This facility was being made available 24 hours in the Regional Hospital Mandi and the Society has spent Rs 1 crore to install this equipment, he added. 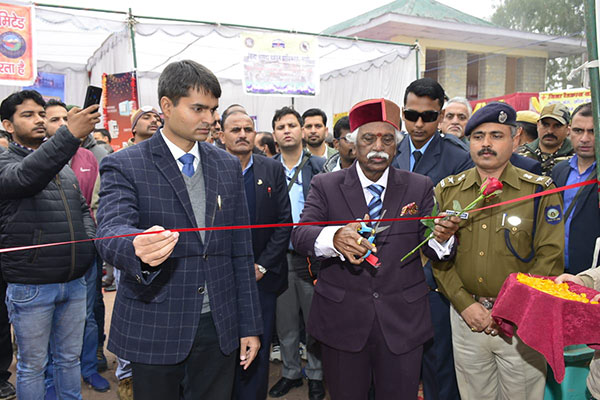 Shri Dattatraya said that medical tests of 34367 patients were reported during April last year to November this year and more than Rs 27 lakh was spent on the maintenance of equipments. He congratulated the Society for providing 24-hour ECG facility to the patients in the Regional Hospital, Mandi. During this period, 5526 patients were benefitted from this facility, while 319 patients have benefited from the endoscopy facility, he said. He added that Red Cross has provided 43 wheel chairs, 47 crutches, 13 hearing aid and 27 walking sticks free of cost to eligible disabled persons.

He appreciated the efforts of the society to set up an Intensive Care Unit in Infant Ward of Regional Hospital, Mandi, including phototherapy facility and neonatal nursery unit and ventilator and cardiac monitor, etc. He also congratulated for the establishment of physiotherapy unit at Red Cross Building which benefited 1812 patients during this period. He said that 83 blood donation camps were organized in the district, through which 6929 units of blood was collected and made available to various patients. 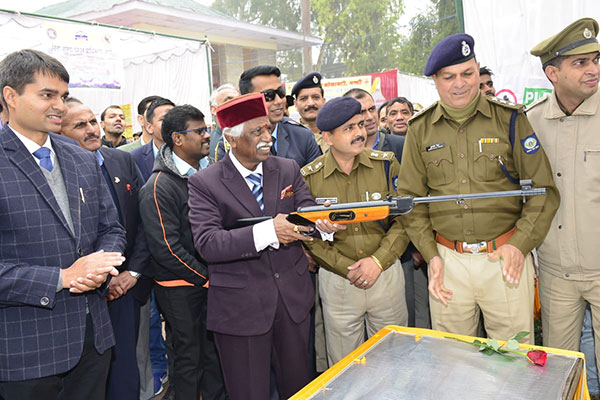 The Governor lauded the initiatives of the society for constructing a park in the premises of the Regional Hospital, Mandi and for starting the ‘Sambal’ scheme for senior citizens. He said these initiatives of Red Cross were a social service in the true sense, which needs further expansion. He urged that the number of 1166 lifetime members of the society should be increased further.

Bandaru Dattatraya emphasized on women empowerment and their participation in development and said that today women were moving forward in every field of development.

He urged the District Red Cross Society to cooperate in other important campaigns as well. “There is also a need to work on various issues like cleanliness, drug-free Himachal, Fit India and social concerns so that a healthy and better society can be established”, he said. 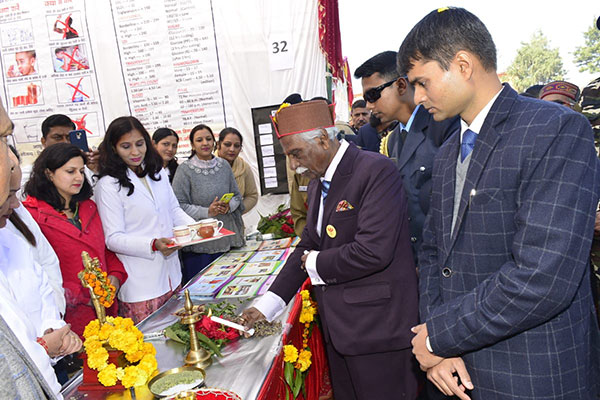 On this occasion, the Governor inaugurated exhibition stalls put up by various government departments and NGOs. The Governor evinced keen interest in the exhibition.

Deputy Commissioner and Chairman of District Red Cross Society Rigved Singh Thakur welcomed the Governor on this occasion and said that the Society was doing various activities for the suffering humanity. He detailed about various activities of red cross and said that the mela was organized first time outside the district headquarter so that such activities could be organized in other places also. He said that dialysis facilities would be soon provided in Sundernagar through Red Cross Society. He added that the theme of this year mela was anti drug campaign and he urged everyone to be a part of this campaign. 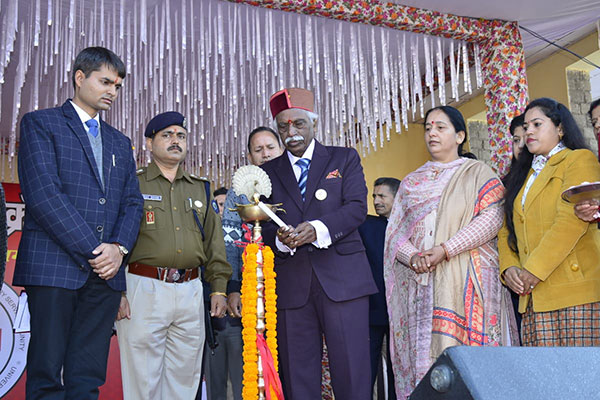 A colourful cultural programme was also performed on the occasion.