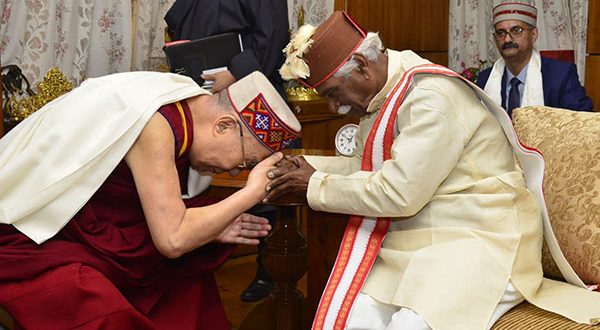 Governor Bandaru Dattatraya met the spiritual leader of Tibetans, Dalai Lama at his residence in Dharamshala, today.  In the meeting, the Dalai Lama discussed India’s ancient culture, tradition, glorious history, especially the affection and contribution towards their comfort from the Himachali people.

He said that during his nearly 60 years of exile in India, he has visited many countries of the world.  But, he was deeply influenced by India’s ancient tradition and the message of non-violence and compassion, which the world needs most today. 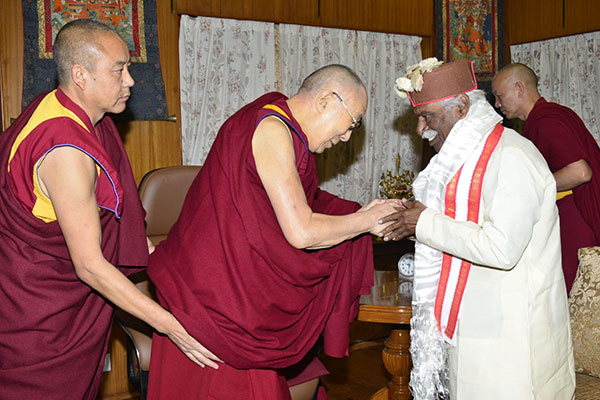 Dalai Lama said that any person, irrespective of religious belief, could be happier in life by following the message of non-violence and compassion. He said that ancient Indian knowledge was helpful in providing mental peace.  Therefore, it is important to combine ancient Indian culture with modern knowledge so that better results could be achieved, he added.

Dalai Lama said that he was making efforts in this direction and has started a six-month certificate course in the Government College Dharamshala, which was based on ancient Indian knowledge, spirituality and Indian philosophy.  He said that a program of training for teachers would also be started in future so that this thinking could be extended to future generations. 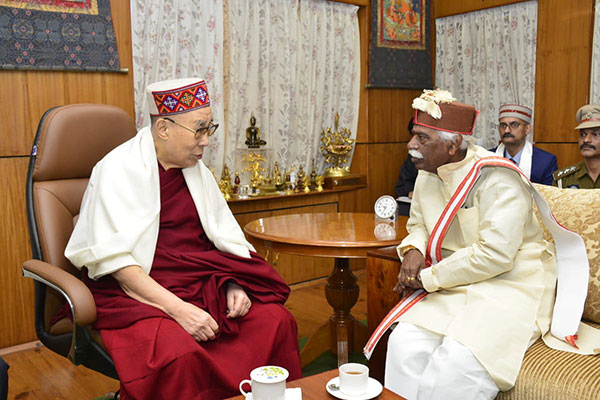 He said that Indian tradition is based on scientific approach.  He described India as the Guru and referred Tibet as a good ‘Disciple’.

Speaking on the occasion, the Governor said that the Tibetan in exile living in Himachal have had cordial relations and they have also contributed significantly to the development of Himachal.  He hoped that this relationship would remain strong in future as well.

The Governor spoke about the enriching conversations he had with His Holiness the Dalai Lama earlier in the morning.

The Governor also made keen enquiries on the welfare and development of Tibetan communities across India, particularly on the major institutions of Tibetan Buddhist study in North and South India. 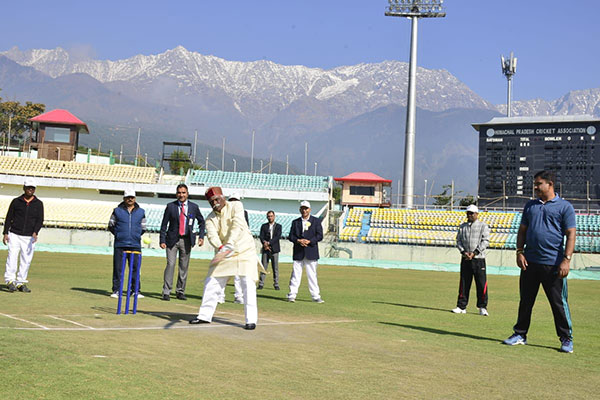 He expressed his best wishes to Tibetans all over India and assured them full support in “improvement of lives, education, and all other necessary support”.

He also visited the Tibetan Parliamentary Secretariat and met the Speaker and Deputy Speaker. 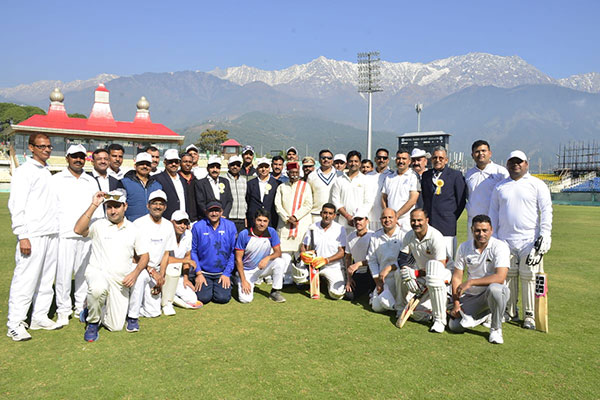 At the occasion, Kalon Ven Karma Gelek Yuthok, Department of Religion and Culture honoured and felicitated the Governor.

The council of Kalons thoroughly apprised the Governor about the CTA’s robust administration and governance of more than a lakh Tibetans across India, Nepal and Bhutan, and the unparalleled support extended by the Government of India and the Himachal Pradesh Government towards the Central Tibetan Administration and Tibetan people.