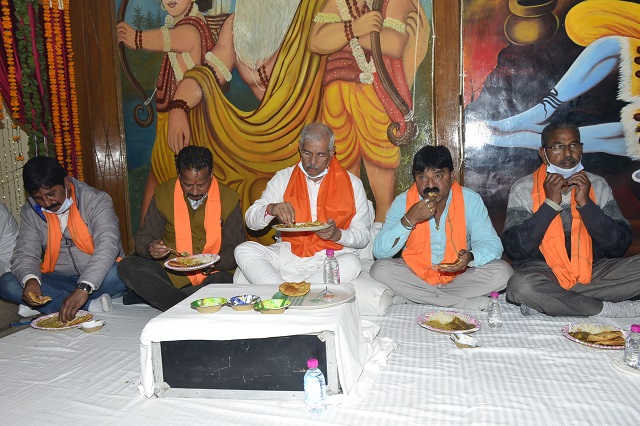 While felicitating the people of the State on Maharishi Valmiki Jayanti, the Governor said the life of Maharishi has been ideal for all of us. He has held the highest position in our culture and history, he said and added that he was at the top of the sages who have nurtured this Sanatan culture that is why he was worshiped and revered by all of us. He promoted Lord Ram’s values and acknowledged him as a man of penance and benevolence. He said that he has prayed that love, brotherhood and harmony should prevail among people in the country.

The Governor also participated in the Bhoj organized by the Valmiki Sabha.