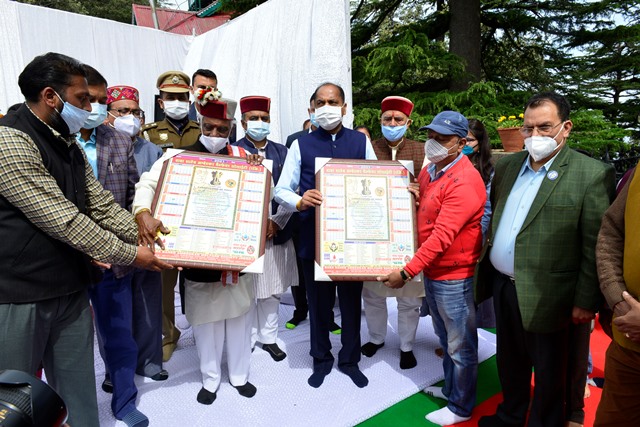 In his message the Governor said that besides being the architect of the Indian Constitution, Dr. Ambedkar worked seamlessly for ensuring social justice to the people and dedicated his life for the betterment of the poor, the exploited and the downtrodden. He emphasised upon spreading his message of brotherhood, his thoughts and principles particularly against social discrimination and the rights of women and labour.

The Governor also released the calendar of Baba Saheb Ambedkar Society in the presence of the Chief Minister on the occasion.