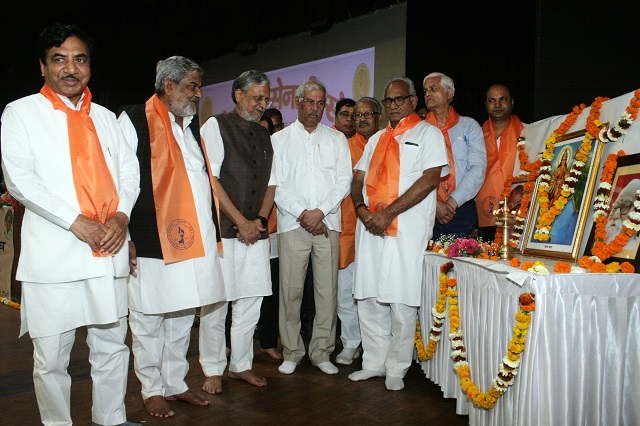 Governor Rajendra Vishwanath Arlekar participated in Loktantra Vijya Diwas function as chief guest, which was organised at New Delhi, today. The function was organised by Loktantra Senani Sangh in memory of end of Emergency.

While recalling the Emergency, the Governor said that for progress of a country, a strong democracy is of utmost importance. He said that he was proud to be an Indian as our country has emerged as strong and progressive nation and the credit of this goes to the centre government. The government has made all out effort to keep the integrity of the country strong. It is the responsibility of every citizen to make their contribution towards development of the nation.