Governor lays foundation stone of guest house to be constructed with Rs. 10 crore at HPU

Governor Bandaru Dattatraya has called upon the teaching community of the University to work in coordination for society and students. The Governor was addressing the 31st Annual Court Meeting of Himachal Pradesh University, today.

The Governor said that character building of students was the biggest challenge before us today and for it teaching community should study the draft of new education policy. He asked to organize various programmes in colleges including lectures of eminent persons, interaction between teachers and students, sports activities, etc. and said that it should be a regular feature. He emphasized on inclusion of Yoga and Fit India Movement in sports activities of the university. He said that besides physical education, attention should also be paid to mental education which should also be linked to drug de-addiction. 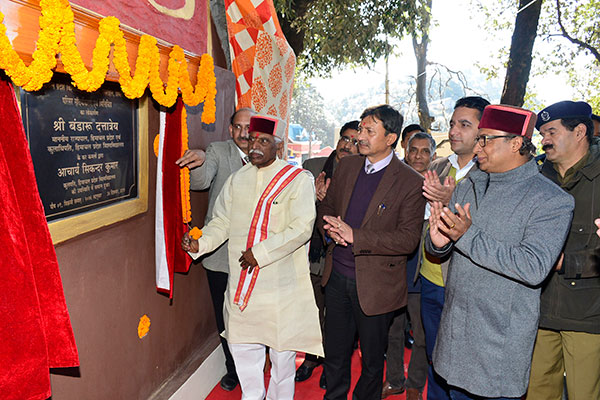 Shri Dattatraya said that it was the era of global competition, so we have to move our students towards qualitative education and overall development. He especially emphasized on skill development and said that in future, skill would be the medium to provide. He quoted the examples of countries like Germany, Japan, America and China where skill grade was between 7-8, while in India it was only 2-3. He emphasized on filling skill gap and focusing on social skill development.

The Governor expressed concern over the absence of some members of the University Court and emphasized that preparation of annual accounts and annual reports should be done in time bound manner. 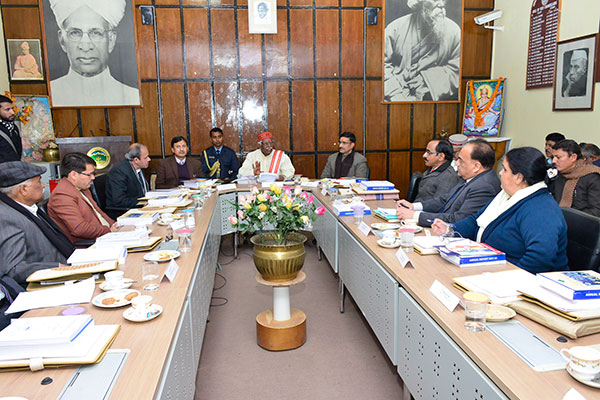 He also directed the authorities for beautification of University campus and wall painting. The Governor released the University Annual Academic Calendar and bilingual University Newsletter “Him Shikhar”.

Prof Sikander Kumar, Vice-Chancellor welcomed and honoured the Governor on the occasion and presented a detailed report of activities for previous year. He also apprised about the achievements of the university. 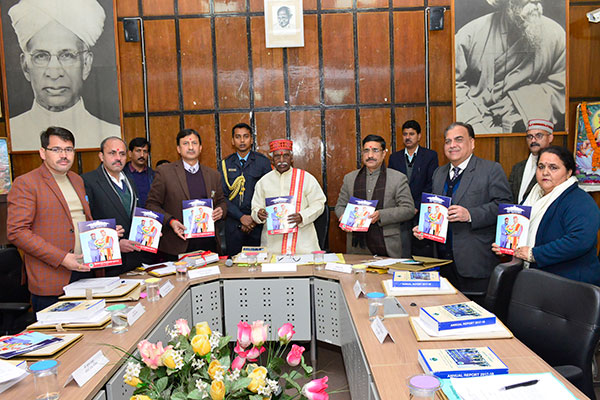 During the meeting, Annual Accounts for 2015-16 and Annual Report for the year 2017-18 have also been approved for placement on the table of HP Vidhan Sabha. 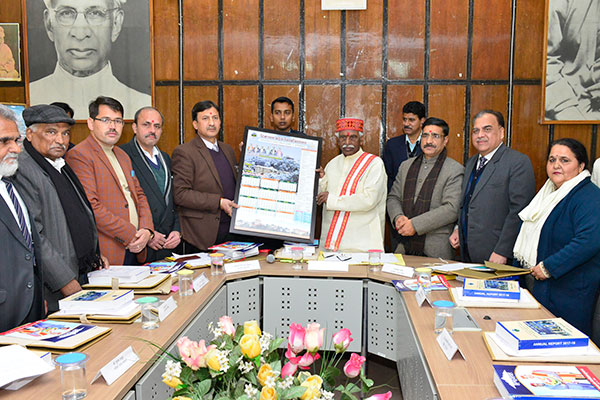 Ghanshyam Chand, Registrar conducted the proceedings and also proposed the vote of thanks.

Earlier, the Governor laid foundation stone of guest house to be constructed at a cost of about Rs. 10 crores at university campus.