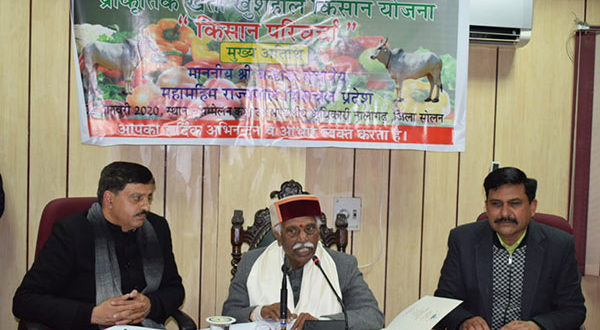 Governor Bandaru Dattatraya today urged the farmers to adopt natural farming in the form of a public revolution. He said this during a discussion on ‘Prakartik Kheti-Khushal Kisan’ scheme at Nalagarh in District Solan.

He asked the farmers to adopt natural farming and to rear the cattle, so that their income could also be enhanced. He said that farmers are the backbone of our country and the schemes of Centre and the State Government for upliftment of the farmers should be publicised till grass root level.  He said that under the able leadership of Prime Minister Narendra Modi, the Centre Government had drafted policy for the first time on natural farming.

Bandaru Dattatraya said that the officers of Agricultural Department and officers concerned with natural farming should conduct a survey on available agricultural land in the State. He said that the survey should be conducted considering the available resources and topography of land. He urged the farmers to rear indigenous cows and to avail the benefit of the subsidy being provided in this regard. 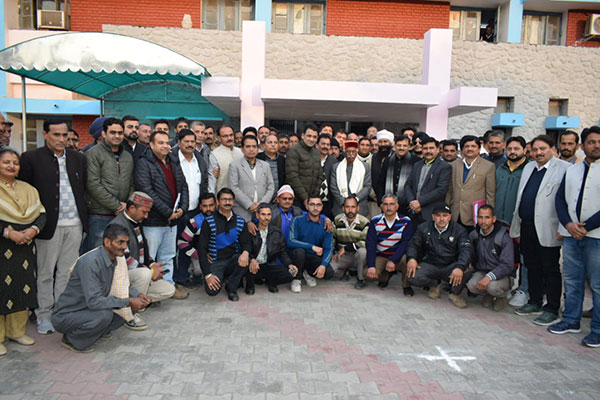 Governor said that the issues raised by the famers would be taken up with the state government. He said that more than 46 thousand farmers are involved in natural farming in the state whereas 27 hundred people of Solan district are also involved in it.

Project Director Prakartik Kheti-Khushal Kisan scheme and Special Secretary Agriculture Rakesh Kanwar welcomed the Governor and presented detailed information of the scheme. He said that under the scheme in the year  2019-20 a target to cover 50 thousand farmers has been set and so far 46286 farmers have been covered.

Officers and officials of the State Government along with other dignitaries were also present on this occasion.