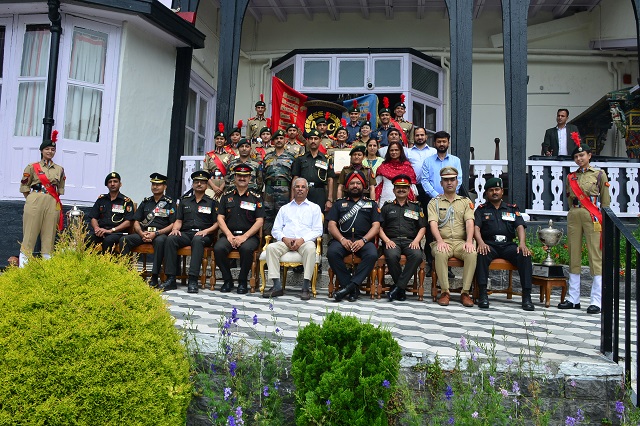 A felicitation programme was organized at Raj Bhavan under the aegis of National Cadet Camps (NCC) Group Headquarters Shimla for felicitating the NCC cadets who participated in the camp and parade on 26th January 2022 at New Delhi. Governor Rajendra Vishwanath Arlekar presided over the function.

On the Occasion, the Governor said that NCC teaches us loyalty and discipline towards the country. He said that it teaches us the sense of service towards society. NCC has played an important role in awakening this spirit in the country, he added.

The Governor said that the cadets of Himachal have made the State proud by participating in the Republic Day Parade. Expressing contentment, he said that a large number of cadets from the State participated in the parade and the achievements of these cadets were an inspiration to other youths.

Sharing his past experience as a cadet, the Governor said, “I too joined NCC during college time. I have been a part of the Navy first and then the Infantry wing. At that time we used to be proud to wear NCC dress. We used to be the center of attraction for the people and have a different identity, which is only due to NCC This honor is given by NCC all over the country. Even today we have a whatsapp group of old NCC cadets from Goa, of which I am also a part.”

On the Occasion, the Governor felicitated 11 Cadets of NCC Group Headquarter Shimla with ‘Certificate of Appreciation’ who participated in Republic Day Parade 2022.

Later, the Governor also interacted with the cadets.