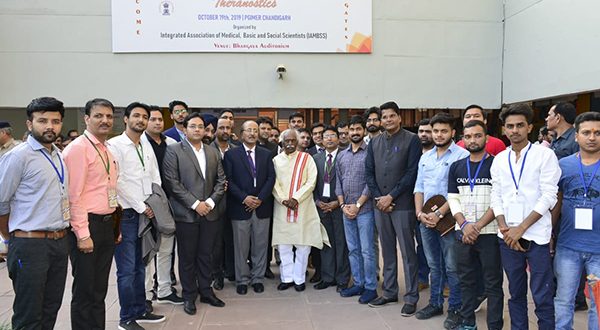 Governor presides over the First National Conference on Theranostics

Governor Bandaru Dattatraya said that India is the youngest nation of the world and we could reap this population dividend if we ensure that our citizens were healthy-both mentally and physically. In this context recently launched campaign Fit India assumes importance, he added.

He was presiding over the First National Conference on “Theranostics: The integration of therapy and diagnostics” organized by Integrated Association of Medical Basic and Social Scientists at the Post Graduate Institute of Medical Education and Research in Chandigarh, today.

He appreciated the efforts of the organizers for organizing this National Seminar to focus on this important field. New techniques and advances in science and technology have opened new possibilities when it comes to treating the sick, he added. He said that PGI Chandigarh is the leading medical research institute not only in Northern India but in the country and people from all the states of the northern region were benefitted from this institution and it treats rich and poor alike. 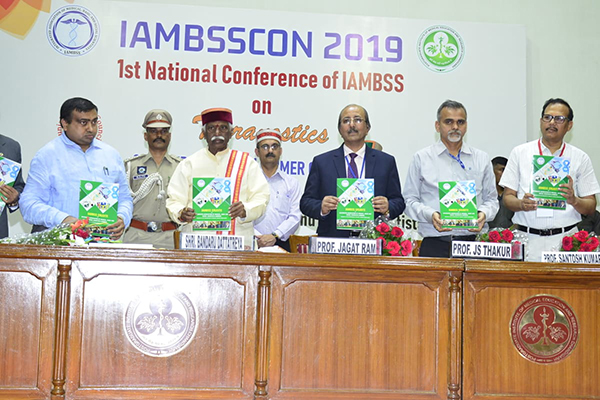 Shri Dattatraya hoped that the Seminar would definitely go a long way in improving the curative side of heath care but he suggested not to ignore the preventive side as well.

“A healthy nation is a wealthy nation. Healthy citizens invariably contribute to nation-building. But the question is how can we make a nation healthy? Does a nation become healthy only by opening more hospitals or by making our citizen’s healthy? I am happy that the focus is shifting towards Wellness Centres focussed on making citizen’s healthy from hospitals taking care of the sick”, said Dattatraya.

The Governor stressed that traditional knowledge should not be rejected without testing it scientifically and empirically; and said that we need to work for elimination of the causes of disease rather than fighting the symptoms. He appealed to test our traditional and folk systems of medicine on scientific yardsticks.

The Governor also released the Souvenir of the Association on the occasion. He also honoured the doctors doing examplery work in their respective field.

Earlier, Padamshree Dr. Jagat Ram, Director, Post Graduate  Institute of Medical Education and research, Chandigarh  said that a lot of scientific work was being accomplished worldwide in the field of medical, basic as well as social science on minute-to-minute basis. He added that though no knowledge generated in the field of science ever goes waste, but it was also needed that the knowledge so acquired through efforts of many minds utilizing enormous resources must be judiciously utilized in the most efficient way. And this definitely depends on how these three disciplines sync their individual efforts with those of the other two, he added.