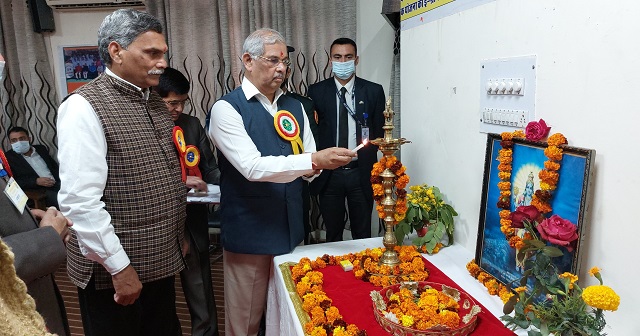 Governor stressed on documentation of the medicinal plants found in Himachal Pradesh so that people could get information about the use of these plants. He said that medicinal plants gardens should be developed in school premises for enriching children’s knowledge. He said that there could be a change in the attitude of the society towards Ayurveda and medicinal plants with all these progressive steps.

Appreciating the endeavours of Arogya Bharti, the Governor expressed the hope that there would be deliberations on healthy life style and mental health during the convention. He said that more attention should be paid to prevention than treatment of the diseases. He said that one can avoid diseases by adopting ayurvedic remedies.

National President of Arogya Bharti Sanstha Dr. Rakesh Pandit detailed about the activities of Arogya Bharti Sanstha and said that the purpose of the organisation is to improve the health and life style of human beings. He said that there was a need to start a new system of medicine by bringing together all the medical systems like Ayurveda, Allopathy, Homeopathy, so that human beings could get the better treatment.