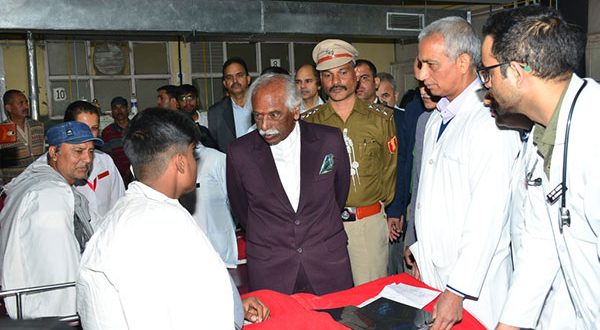 Governor stresses on expansion of health services in IGMCH Shimla

Governor Bandaru Dattatraya visited IGMCH, Shimla on Friday morning and enquired about the facilities being provided to the patients in different departments. He visited various wards and interacted with the patients and later also had meeting with the heads of various faculties of the hospital.

He said that the human element was most required while providing treatment to the patients as it gives them natural strength. He expressed satisfaction that patients coming from various parts of the state were being looked after properly, however, there was a shortage of staff and the institute also require expansion.

The Governor said that although it was necessary to provide the best health services and facilities to the patients but even more important was that they get benefits of various schemes being implemented by the central and the state governments, especially the poor patients. He expressed happiness that as many as 8259 patients were treated under the Ayushman Bharat scheme from January this year till now and 9144 patients were given treatment facility during this period under the Himcare scheme being implemented by the Himachal government. 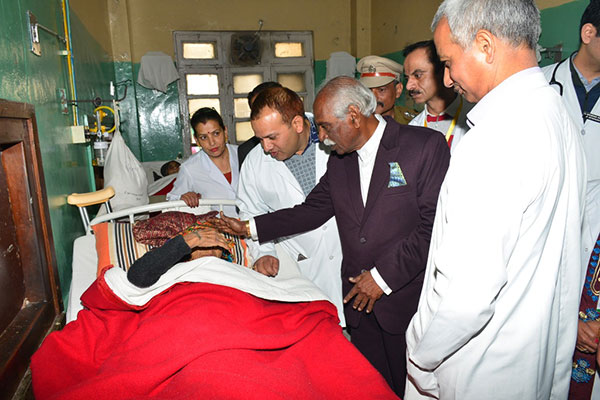 Bandaru Dattatraya said that he personally want to contribute to the health sector and help the needy patients. He visited emergency room, trauma centre, operation theatre and Ortho and few other wards and had information about the facilities being provided to the patients. He asked the doctors to follow success rates and follow-ups after treatment and also directed to maintain statistics in this regard. He expressed concern that there was only one physiotherapist in the hospital, that too on contract basis. He advised hospital management to raise the demand for at least eight physiotherapists with the Health Ministry so that patients could be attended properly and well in time.

During interaction with head of departments of various departments, the Governor was apprised about the shortage of staff, especially technical staff, resources, need for replacing of obsolete machines, making provision of more operation tables and enhancing the bed capacity. 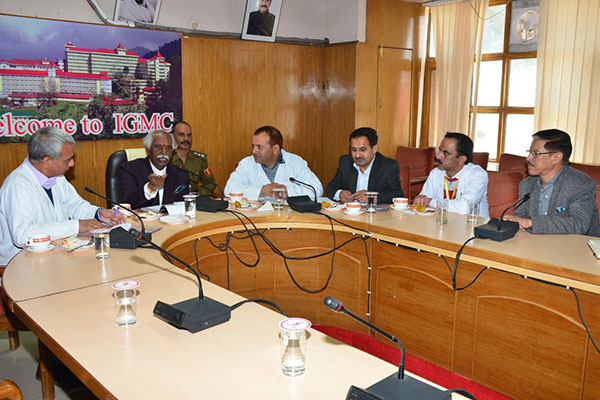 He was informed that around 400 staff nurses were employed in the hospital whereas the requirement was about 600. Similarly, the repair and maintenance budget of around 1.65 crores was also not sufficient and central hitting system also needed to be changed. They also demanded to open the Sanjauli Chowk to hospital road for doctors and other staff of the hospital to facilitate them in bringing their vehicles to the hospital premises without permit.

The Governor was informed that around 2600 OPD and 120 IPD patients are registered every day in this premier health institute of the state. This year 41,096 patients came for treatment in the hospital OPD.