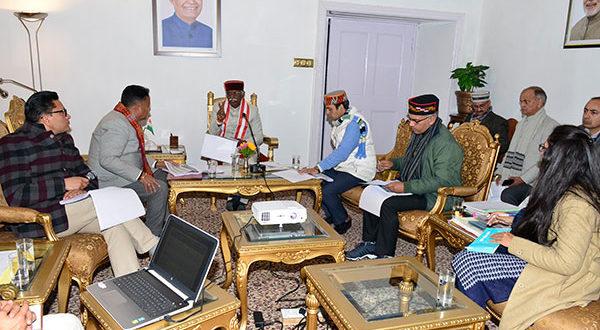 Governor stresses on improvement of health, education and roads in tribal areas

While presiding over the meeting of Tribal Development Department today at Raj Bhavan, Governor Bandaru Dattatraya said that special emphasis should be given to education, health, roads and vocational education in tribal areas.

He said that the tribal areas of state are spread over 42.49 percent of the state’s land and 5.71 percent of the total population is of tribal people in Himachal Pradesh. The state government was spending nine percent of the total budget on tribal areas and in this financial year, a provision of Rs 639 crore has been made under tribal sub- plan, he added. He expressed satisfaction that all 38,537 houses in tribal areas have electrification and drinking water facilities. He also expressed happiness that the per capita income in tribal areas was generally higher than non-tribal areas and said that according to data for the year 2017-18, per capita income was Rs.208137 in Kinnaur and Rs. 217160 in Lahaul Spiti as compared to Rs. 160711 in the State. He added that sex ratio in tribal areas was 1018, which was better than the sex ratio of 972 in the state.

Shri Dattatraya asked to provide a detailed report on the number of staff in educational institutions, break-up of boys and girls in schools and also percentage of results available per school. Similarly, instructions were also given to submit report on health institutions, including staff strength of physicians and paramedical staff, specialist services and bed capacities in hospitals. He directed the department to send the report of number of farmers adopting natural farming and local people setting up small scale processing units. He said that telemedicine needs to be further expanded in tribal areas. He instructed the department to prepare information about the remaining villages under Pradhan Mantri Gram Sadak Yojana and condition of roads. 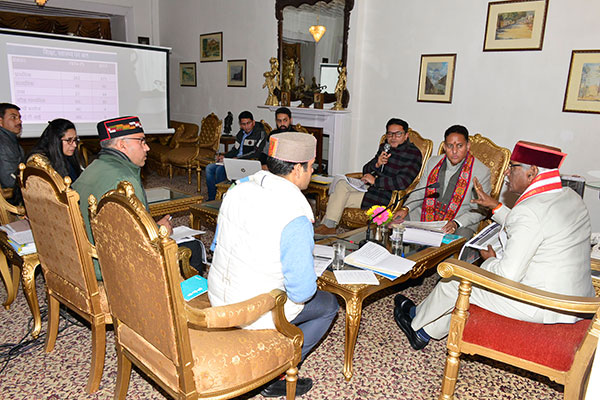 The Governor said that special attention needs to be paid to skill development in tribal area, as employment problem could be resolved by connecting ITIs and industries to vocational institutions. He asked to increase the number of model schools and to organize special classes for drop out students. He said that special attention should be paid to the quality of education.

Senior officers of the department were also present on the occasion.