While inaugurating the 2nd  International Conference on “Recent  Advances  in  Agricultural,  Environmental  &  Applied  Sciences  for  Global Development  (RAAEASGD-2019)” organized by the Agro-Environmental Development  Society  (AEDS)  in  association  with Dr. Y.S. Parmar University of Horticulture and Forestry, Nauni in Solan district, today,  Governor Bandaru Dattatraya said that multiple income sources on a single farm, like beekeeping, cultivation of herbs, agro-forestry, poultry and livestock rearing were good cushions against crop failure which were required to be promoted.

He said that right technological solutions combined with the right policy directions for the future could effectively contribute to a sustainable and equitable global food security. A new global food system should assure that everybody had access to sufficient food and that poverty should be reduced significantly without damaging the natural environment. Despite environmental disasters, agriculture was still potentially a renewable enterprise and fundamentally different from the industrial sector, he said.

Shri Dattatraya said that agriculture had emerged as one of the potential enterprises in accelerating the growth of the farming community and increasing farm income to alleviate poverty. The role of agriculture in ensuring food and nutritional security, employment generation simultaneously with the conservation of the environment was becoming increasingly important day by day. He said that India was the world’s largest producer of milk, pulses and jute, and ranks as the second-largest producer of rice, wheat, sugarcane, groundnut, vegetables, fruits and cotton and it was also one of the leading producers of spices, fish, livestock and plantation crops. However, India still had many growing concerns, he added. 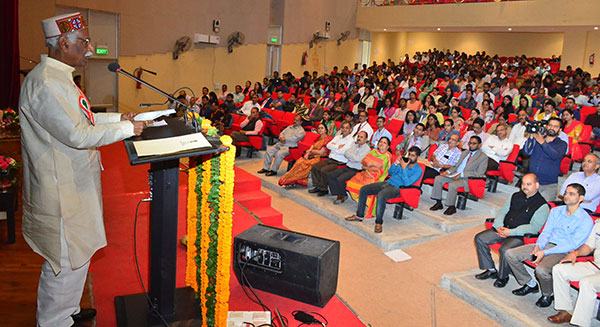 “As the Indian economy has diversified and grown, agriculture’s contribution to GDP has steadily declined as compared to other sectors.  While agriculture in India has achieved grain self-sufficiency but the production is, resource-intensive, cereal centric and regionally biased. The resource-intensive ways of Indian agriculture have raised serious sustainability issues too”, said Sh. Dattatraya.

He said that increasing stress on water resources of the country would definitely need realignment and rethinking of policies. Some of the key requirements were to substantially increase public investment in agriculture, ensure better price to farmers, reduce input costs, promotion of climate resilient crop varieties, proper and more local storage and distribution of food grains, and improvement of soil and water quality. Further, to increase farm incomes direct marketing of products which does away with middlemen and gives a better price to the farmer’s produce needs to be promoted, he said. He added that this could be achieved through facilitating and popularizing the farmers’ market, especially in the case of vegetables, creation of warehouse facilities with the involvement of gram “sabhas” and women self-help groups.

The Governor said that conservation techniques like conservation agriculture, raised-bed planting, precision farming and drip or sprinkler irrigation had shown good results in soil and water conservation but needs further improvement in technology for wider acceptance.

Shri Dattatraya stressed on reforming the food production system by improved agro-ecological methods, land and water efficiency recycling, packaging and storage facilities, moving towards economic incentives and said that full costing were required to be given top priority.

Earlier, Vice Chancellor, Nauni University Dr. Parminder Kaushal briefed about the activities of the university and informed that representatives from 15 states and five countries were participating in this conference. 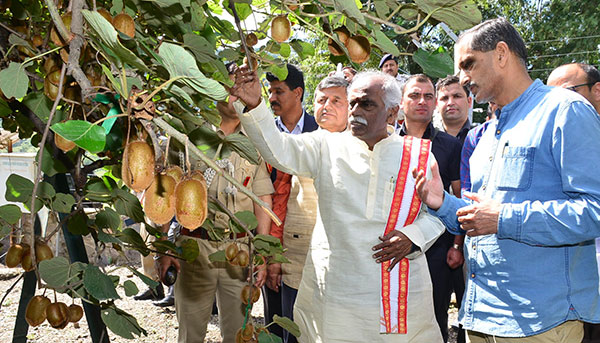 Dr. Nadeem Akhtor, Convenor of the conference proposed vote of thanks.

The Governor also visited the Food Processing Laboratory, Kiwi Fruit Block and Directorate of Extension Education.  He appreciated the efforts being made in the direction of horticulture development by the university.