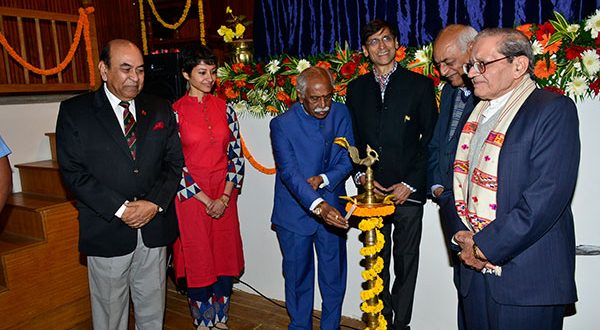 Governor stresses on re-dedicating to high principles of moral values

Governor Bandaru Dattatraya said that on the birth anniversary of Mahatma Gandhi, it was time to re-dedicate ourselves to the lofty ideals and high principles of moral values for making a strong and prosperous India.

He was speaking during the interactive session organised here today and Indian Institute of Advanced Studies on the subject “Mahatma Gandhi, Jammu and Kashmir and National Integration”.

The Governor said that though Mahatma Gandhi was born in India, but he does not belong to India alone and remains one of India’s greatest gifts to human-kind and his name finds resonance across the continents. He inspired us for non-violence, inclusive and democratic freedom struggle. Truth and non-violence were the weapons he used to fight the British. He preached morality and ethics by his action in daily life and not by words.  He was India’s conscience keeper and strived to lead us to not just political independence, but to a better and principled India and a society free of caste, religious, economic and even gender prejudice.

When we strive towards India free of caste and religious prejudice, Swacch Bharat, rights of women and children, health and well-being of farmers villages and battle climate change and promote green, eco-friendly living, we invoke Gandhiji said the Governor.

Bandaru Dattatraya said that Jammu & Kashmir remained in a state of turbulence for the last 72 years but the bold and historic decision of the government of India to abrogate the constitutional provisions of Article 370 and 35A has finally integrated this state with India. He said that today, when we talk about developed countries the citizens keep their identity in the name of their country. However, in India, we are still plagued by fractured identities whereas it is important for us to identify with our nation first. National integration is the togetherness and oneness felt by the citizens of any country to maintain the national unity and integrity as well as build a strong and prosperous nation. 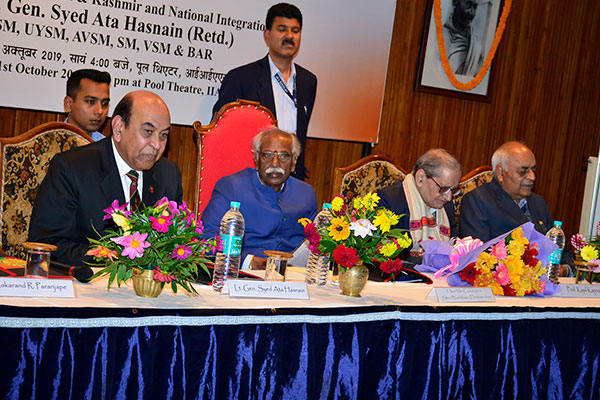 Lt. General Syed Ata Hasnain while delivering his lecture said that we have to mainstream Jammu and Kashmir to rest of India politically, socially, economically and psychologically.

Research fellows were also present on the occasion.