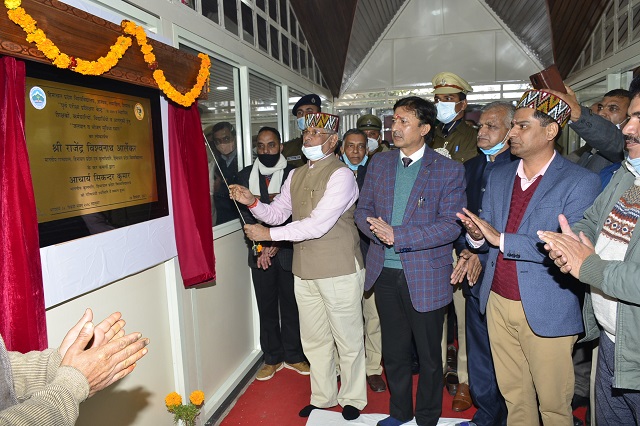 On the occasion of “Mahaparinirvan Diwas” of Dr. Bhimrao Ambedkar, Dr. B.R. Ambedkar Peeth of Himachal Pradesh University organized an Allocution where Governor Rajendra Vishwanath Arlekar was present as a Chief Guest. On the occasion, the Governor said that on this day we all should take a pledge to read the biography of Baba saheb Ambedkar. He added that we were all indebted to him for the ideas and direction he gave to the country and society.

Arlekar said that in today’s perspective we need to understand Dr. Ambedkar as his life and struggle inspires us. Referring to many incidents related to the life of Baba Saheb, he said that he was a reformer of Hindu society in the true sense.

The Governor said that Dr. Ambedkar is known as the architect of the Constitution. He was a social reformer and scholar. His thoughts and ideals continue to inspire crores of people. We have to work with commitment to fulfill whatever he has dreamed for our nation and this will be a true tribute to Baba Saheb.

On the occasion, Vice-Chancellor of Himachal Pradesh University Prof. Sikandar Kumar said that Baba Saheb had struggled to remove political, social and economic inequality. He said that it was ironic that the political system presented him as a class leader of a single community while he worked for every section of the society. He said that Dr. Ambedkar gave three measures “to be educated, be organized and be agitate”, but if the first two were also put into practice, then there would be no need for the third one. He said that by removing the social evils from the mind and living in harmony only then our country could become a “World Guru” again.

The keynote speaker of the program, Kismat Kumar said that the ‘fact and logic’ was Ambedkar, about whom contemplation gives a sense of duty. He said that Dr. Ambedkar did not accept any religion from foreign soil even though he got many temptations. He struggled to remove caste disparities in Hindu society, he added. He gave a detailed description of the contribution made by Dr. Ambedkar to the society and depicted many incidents from his childhood. He said that he devoted his life for overcoming internal problems and challenges.