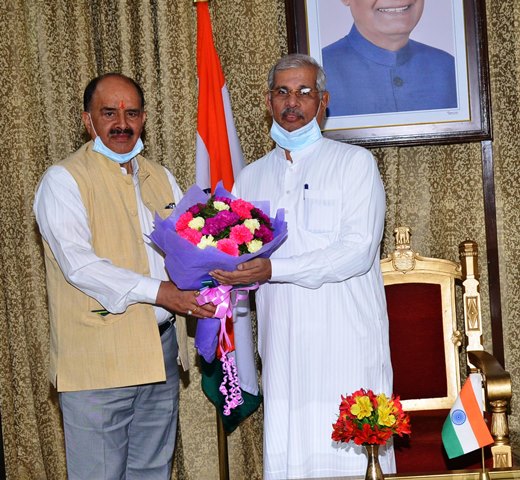 Ganesh Dutt said that it was an apex Cooperative Marketing Federation of Himachal Pradesh which undertakes multifarious activities to serve the farming community and the consumers by marketing farm inputs, implements and produces and also distributes fertilizers etc. It was playing an important role in the development of agriculture, industry, trade and commerce etc. in the state and in ensuring distribution, storage and procurement of fertilizer well in advance so as to prevent any scarcity of this essential commodities.

The Governor appreciated the initiatives of the Federation and said that HIMFED should also come forward in developing cold stores in the state. He said that there was a need to set up more cold stores in Himachal Pradesh so that farmers and orchardists could get better marketing and remunerative prices for their produce.

Managing Director (HIMFED) K.K Sharma and other senior officers were also present on the occasion.