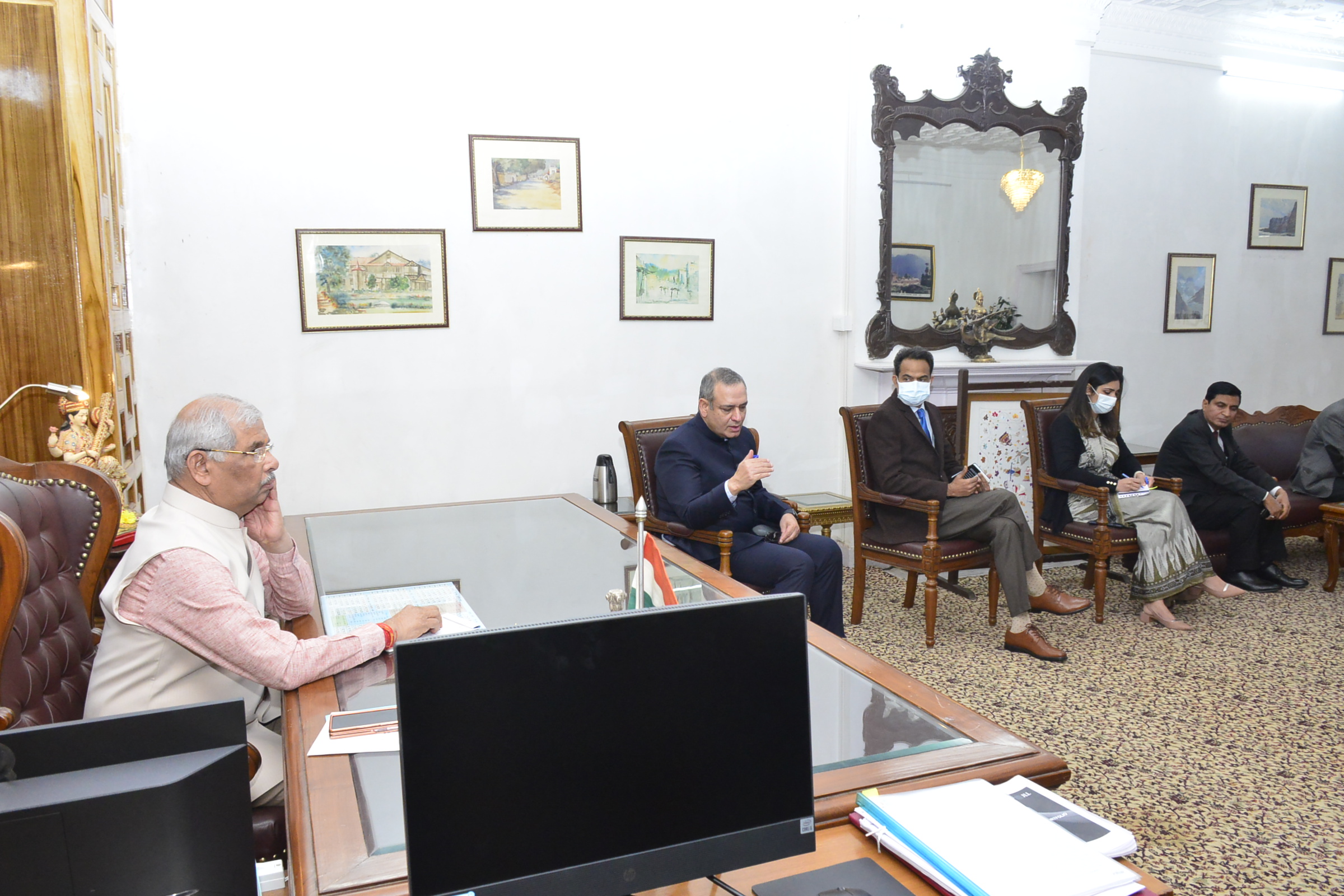 Governor Rajendra Vishwanath Arlekar took an overview of the security arrangements at the police level regarding the 240 kilometre border area of Himachal Pradesh with China. Senior Police officers made a powerpoint presentation in this regard before the Governor in the presence of Director General of Police Sanjay Kundu at Raj Bhavan, today and apprised him of the present situation in the area.

Speaking on the occasion, the Governor appreciated the efforts of the State Police and said that in the present situation, the border of Himachal adjoining China was very sensitive and a strategically important area could not be ignored. He added that there was a need to economically empower the border villages of Kinnaur and Lahaul-Spiti which were about 48 in numbers where infrastructure development and other activities should be ensured. He said that the number of police stations and police posts should be increased in this area.

He appreciated the State Police for sending a team of State Police officers to the border villages to take stock of the situation and make other activities effective in this area.

On the occasion, the Director General of Police apprised about the various steps taken by the State Police.

Secretary to Governor Priyatu Mandal was also present on the occasion.