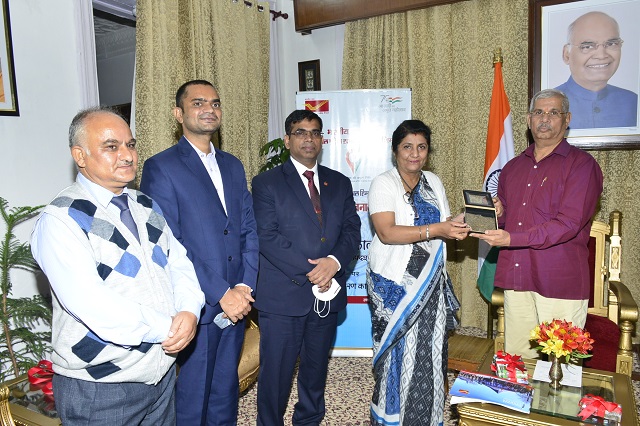 While appreciating the initiative of Postal Department, the Governor said that Himachali black cumin was an economically important medicinal plant grown in the forests and grassy slopes of high mountainous regions, comprising the regions of Kinnaur, Lahaul-Spiti, Pangi and Bharmour. He said that its seeds were known for rich aroma and taste apart from medicinal properties. The demand for this prized spice was very high as it was difficult to find kala jeera in the shops even a month after harvesting.

Meera Ranjan Tshering, Chief Postmaster General, Himachal Pradesh apprised the Governor about various steps being taken by the department in the State.

Dinesh Kumar Mistry, Director, Postal Service and other senior officers of the department were also present on the occasion.