Governor Bandaru Dattatraya visited the Army Training Command (ARTRAC), Shimla today and interacted with the military officials stationed there. Chief of Staff, Lt. General Atul Solanki welcomed the Governor and apprised him about the campus and working process being executed from ARTRAC.

On this occasion, the Governor expressed his happiness on his visit to ARTRAC and said that the Indian Army is fully capable of handling every situation with their high confidence. He said that the country is proud and safe in the hands of the soldiers. 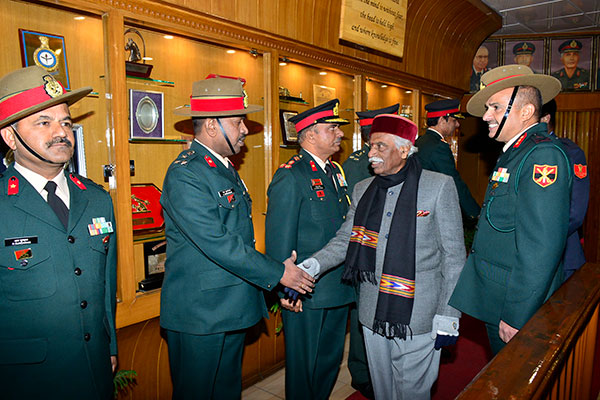 Later, Governor also visited the Waste Paper Recycle Plant (WPRP) set up by Army at Summerhill. This plant was established in the year 2013 to save the environment and enrich our biodiversity. The plant ensures productive use of utilizing STN paper by reproducing carry bags, file covers, pen stands, wrapping sheets, lampshades etc.

The Governor expressed happiness that these efforts of the army would result in “Waste to Wealth”. He said that this machine was run by soldiers’ wives through Sainik Welfare Association, which was a good effort. 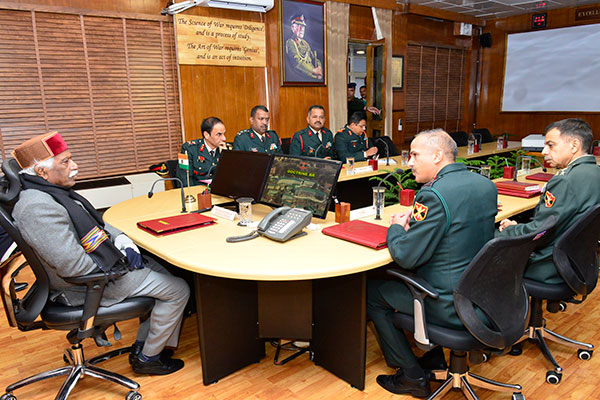 Bandaru Dattatraya said that the soldiers were doing excellent work for protection of environment, which is an example for all and especially for hill states. He said that such efforts should be made in every sector and these machines can be used as an alternative to waste management.

The Governor also visited the Vocational Training Center of the Army where he was made aware of various training courses like computer, sewing-weaving, cooking, beautician etc. The Governor congratulated the soldiers for conducting such programs for wives of soldiers and said that such works were not only related to skill development but could also help as a source of their earning in future.

Previous: Hon’ble CM presiding over the Cabinet Meeting at Dharamshala on 12/12/19
Next: Governor urges youth to make Himachal drug free