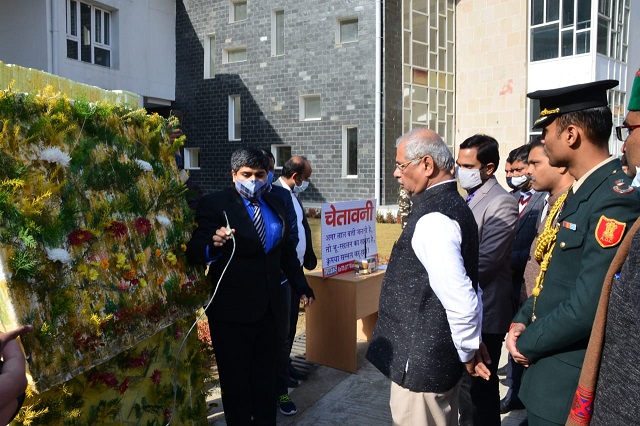 Governor Rajendra Vishwanath Arlekar today visited Indian Institute of Technology at Kamand in Mandi district. While interacting with the faculty he said that today we need to provide technology according to the demand of the society. He said that landslides were a serious problem in hilly states and particularly in Himachal as it causes loss of crores every year. He added that such technology should be developed to mitigate the loss of life and property, which could find a permanent solution to this problem.

He lauded the efforts of I.I.T. Mandi for developing the early warning system in this direction. He said that concrete measures should be taken to make the technology more effective. He said the Forest Department and other line departments of the State should work in coordination with I.I.T. so that meaningful results could be generated in this direction.

Emeritus Professor, School of Engineering S.C.Jain welcomed and honoured the Governor. He detailed the achievements and various initiatives of the Institute and said that besides research, the IIT was also involved in its social responsibility activities by joining hands with the Community.

Later, the Governor also planted a sapling in the premises.