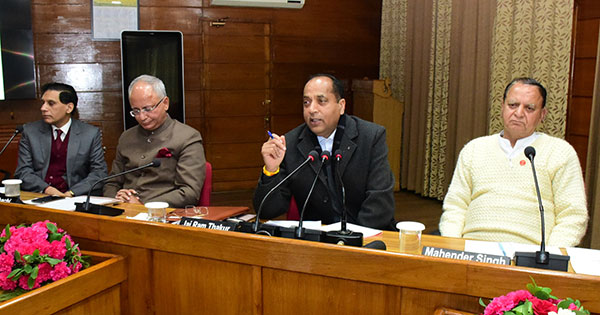 Later, while presiding over the second session of the meetings of MLA priorities for the Financial Year 2020-21 with the MLAs of Mandi and Kinnaur districts. Chief Minister Jai Ram Thakur said that this meeting was very vital for over all development of the State. He directed the officers to adopt proactive approach to ensure that policies and programmes of the State Government reaches the person living at lowest ebb.

Chief Minister said that the State Government would consider to organise the MLA priorities meeting bi-annually, so that progress in the work of MLA priorities could be reviewed.

MLA Karsog Hira Lal said that Atal Adarsh Vidhalaya should be opened in his area. He also urged for developing Tatapani from tourism point of view. He also urged for providing adequate staff in health and educational institutions.

MLA Drang Jawahar Thakur urged for improving roads in his area. He said that water supply schemes in the constituency must be upgraded and new schemes be taken in hand soon. He also urged to open Civil Court at Padhar. He also felt the need to explore the area from tourism point of view. 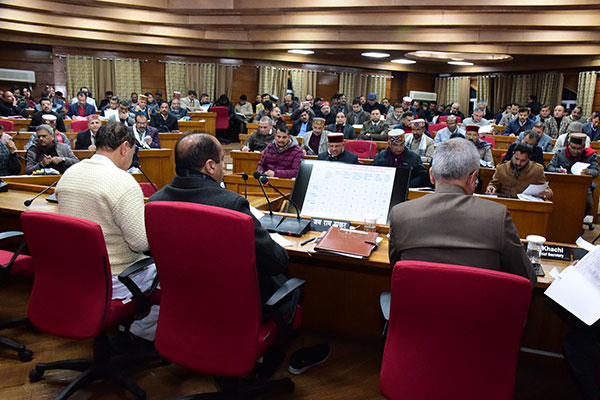 MLA Jogindernagar Prakash Rana said that Civil Hospital Ladbhadol must be constructed on priority. He also urged for providing funds for Ladbhadol Degree College. He said that more ambulance roads be constructed and widening of existing roads be done in his constituency.

MLA Mandi Anil Sharma said that twenty four hour water supply should be made available to Mandi town. He said that Mandi town must be developed from tourism point of view. He said that a stadium be constructed in Mandi for promoting sports activities in the area.

MLA Balh Inder Singh Gandhi said that health facilities in  upper area of Balh must be strengthened so that people does not face any inconvenience. He also urged for strengthening animal husbandry services in Upper Balh area. He also requested for developing the area from tourism point of view as the area has immense tourism potential with lakes like Rewalsar and Nalsar.

MLA Sarkaghat Col. Inder Singh said that special emphasis must be laid on maintaining roads in the area. He said that steps should be taken to provide better water supply facilities in the constituency. He also urged for channelization of Seer Khud.

MLA Kinnaur Jagat Singh Negi urged for fast track preparation of DPRs of various developmental projects. He said that more proactive approach must be adopted for speedy disposal of FCA cases. He also felt the need for increasing amount under MLA Fund. He said that mining lease be given in Kinnaur district.

Chief Secretary Anil Kumar Khachi assured the Chief Minister that the officers would work with added dedication and commitment to come up to the expectations of the State Government. He also asked the officers to come with innovative ideas and new schemes.

Irrigation and Public Health Minister Mahender Singh Thakur, senior officers of the State Government and Heads of Departments were also present on the occasion.