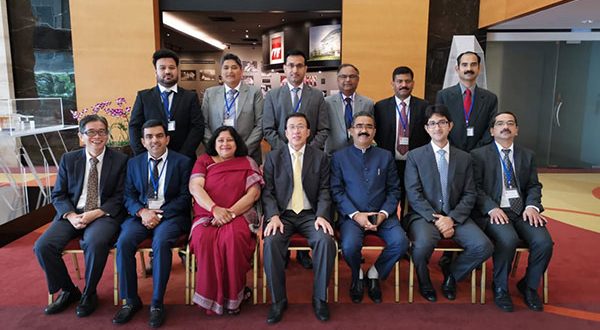 HPKVN participates in Workshop organized by ITE in Singapore

Bikram Singh said that human resources of any country have to be developed in order to achieve economic growth. The talent is valued high only if the skill training is available for the people especially youth. In this era of technological advancements and innovations, skills and capabilities should be honed to match the requirements of the market-driven businesses and professions, he added.

He said that State government is committed towards the welfare of all sections of the society. Various new developmental schemes and programmes have been started to facilitate people in the State. HPKVN is the primary implementing agency of the Himachal Pradesh Skills Development Project. Every person possesses a unique skill and that skill has to be identified through a mechanism developed for this purpose.

Industries Minister said that Prime Minister Narendra Modi’s visionary programmes ‘Skill India’ and ‘Make in India’ proved to be very successful in the country. He said that it was a privilege and honour to be a part of this journey towards Skill India. State Government is also working very hard on the same pattern through HPKVN. Over 50000 youth will be imparted industry oriented skills in next four years. As many as 12000 students of universities and colleges will be imparted with employability skills. As many as 12 government colleges are executing three year Bachelor’s of Vocation degree programme with integrated on-the-job training. He said that 7500 graduating students of third year will be provided short term training under Graduate Add-On programme.

He said that 50 ITIs were being upgraded. Equipment up-gradation for 25 trades and capacity building of faculty were also done. Nine Model Career Centers were opened and modernization of employment exchange and linkage with National Career Service Portal was carried out. Seven Rural Livelihood Centers and six City Livelihood Centers will impart training to 8000 youth of the state. Apart from this, a Center of Excellence equipped with State-of-the-Art technology and modern training pedagogy for holistic training and one women polytechnic at Rehan in Kangra were opened by the State Government.