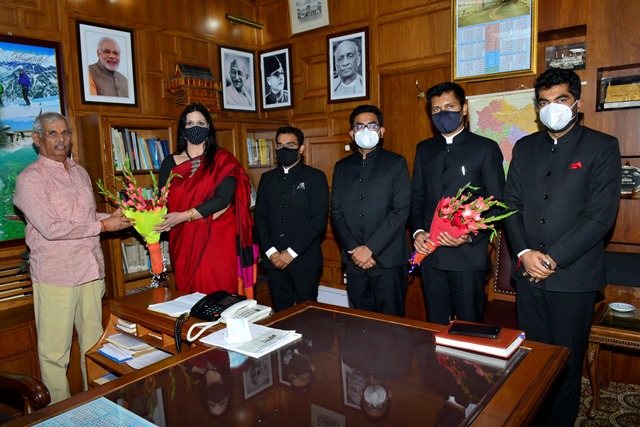 During the interaction, the Governor said that ”Himachal is a beautiful state and its people were simple. During the services, you should meet more and more people so that you can know their problems”, he advised. He said that youth of today were keen learners and they should travel across the state to gain more knowledge. He suggested keeping a proactive approach towards work and having a ‘yes’ attitude towards people’s work and said that this would change the mindset of the people towards the bureaucracy. He also shared his experiences of his recent Lahaul-Spiti tour and said that one of the reasons for the rapid development of the state was that people have easy access to the administration here but, on the other hand there were also the issues of natural disaster.

Shri Arlekar said that we have to move from ‘less paper to paperless’. He said that there was a need to change the work culture at every level. He said that the state has immense potential for tourism and the young officers need to work in this field with new ideas. Such an environment should be developed so that people actively participate in tourism activities, he added. The rich culture of every district should be linked to tourism and district wise tourism activities should be organized throughout the year.

He wished them a successful and eventful tenure in the state. On this occasion, all probationers shared their educational qualifications and their experience so far in Himachal Pradesh.