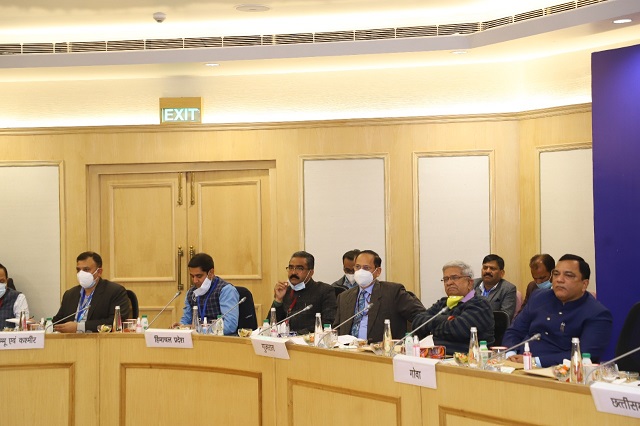 46th meeting of the GST Council was presided over by the Union Finance Minister Nirmala Sitharaman today at New Delhi. The meeting was attended by Industries Minister of Himachal Pradesh Bikram Singh. The issues related to rate of GST on Textile were discussed in the meeting.

The 45th GST Council meeting had recommended uniform rate of 12% for all textile items. The decision was taken to redress the inverted duty structure in the textile sector. The new rates were to become effective from 1st January, 2022.

Bikram Singh while putting forth the view of the state emphasized that promoting investments in the textile sector was need of the hour. He said that Inverted duty structure had been one of the important factor discouraging investments in this sector. He stated that new investments were known to promote greater employment opportunities. He was also of the view that issue of tax rationalization should be dealt with holistically and requested the Council to consider extending GST Compensation till 2027.