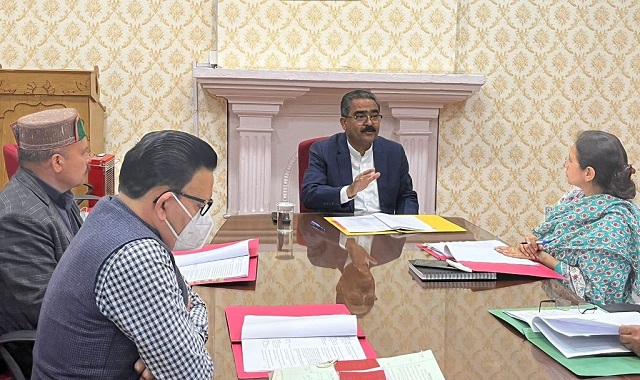 Industries Minister Bikram Singh while presiding over the 188th meeting of Himachal Pradesh Handloom and Handicrafts Corporation here today appreciated the Corporation for earning operating profit of 96 lakhs despite corona pandemic. He said that the Himachal Emporium in New Delhi is a mirror of the state’s culture and assured to take up the matter regarding the restoration of this emporium at the earliest.

He said that Union Minister of Commerce, Industry, Food and Public Distribution Piyush Goyal had announced to open Weaver Service Center during his stay in Kullu, for which suitable land would be identified soon.

Himachal Pradesh Handloom and Handicraft Corporation’s Managing Director Kumud Singh welcomed the Industries Minister and other dignitaries in the meeting.