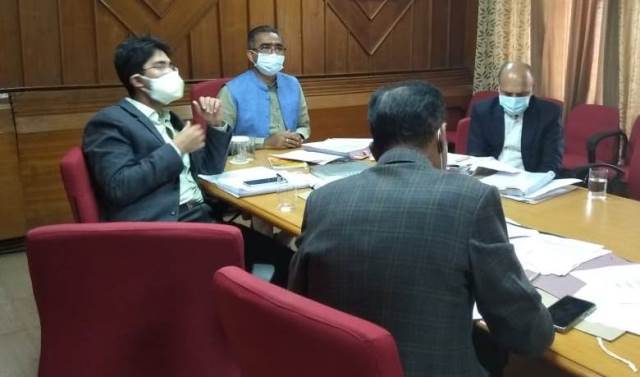 The meeting was presided over by Union Finance Minister Nirmala Sitharaman. Union Minister of State for Finance and Corporate Affairs Anurag Singh Thakur also shared his views regarding GST compensation during the meeting.

While representing the State Bikram Singh thanked the Union Finance Minister who is also a Chairman of GST council  and Deputy Chairman of the council for taking proactive steps on providing Covid related relief in the form of GST exemptions, lowering the interest rate on delayed GST payment, extension of return filing etc. He said that these measures will go a long way in helping the states in providing relief to the people during the crisis.

Industries Minister said that Covid-19 has adversely affected the economy of country as well as the State which has increased the need for GST compensation amount. Increasing GST rates during this difficult time when the entire nation is struggling to tackle the situation posed by the Covid pandemic is not appropriate and he would welcome the decision of reduction of GST on Covid essential items.