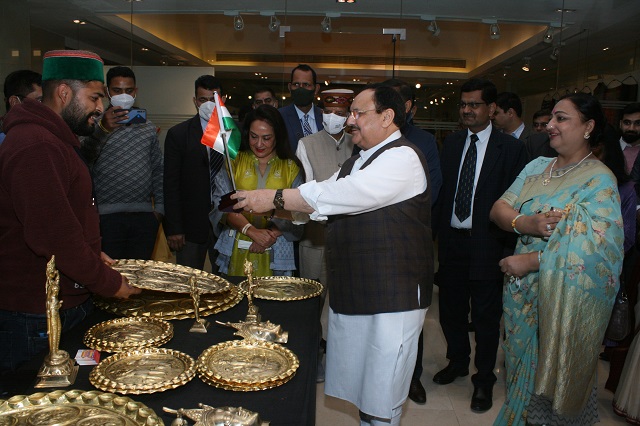 Member Rajya Sabha and BJP National President J.P Nadda today visited the Swarnim Himachal Kala Mahotsav at Hotel Lalit at New Delhi. He visited the exhibition put up by the Himachali artisans and had detailed interaction with the artists and craft persons.

An initiative of Mallika Nadda and Jyotsna Suri, this Mahotsav had given a wide platform to Himachali artisans to showcase their talent and work to the residents of national capital. Folk artists of districts of Kullu, Sirmour and Kinnaur were special attractions of the event.

Prominent personalities Master Chef Nand Lal, National awardees Lalita Vakeel, Anita Kumari, who have won awards at national and international level for their Fine work on Chamba Rumaal were part of the exhibition.