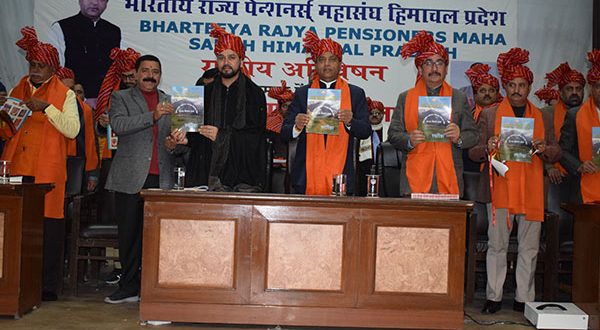 Joint Coordination Committee to be constituted for pensioners: CM

While presiding over the 2nd convention of Bhartiya Rajya Pensioners Mahasangh today at Himachal Pradesh Agriculture University auditorium Palampur Chief Minister Jai Ram Thakur said that Joint Coordination Committee would be constituted for speedy disposal of problems of pensioners of the state. He said that effective steps would also be taken to constitute Pensioners Kalyan Board in the state. 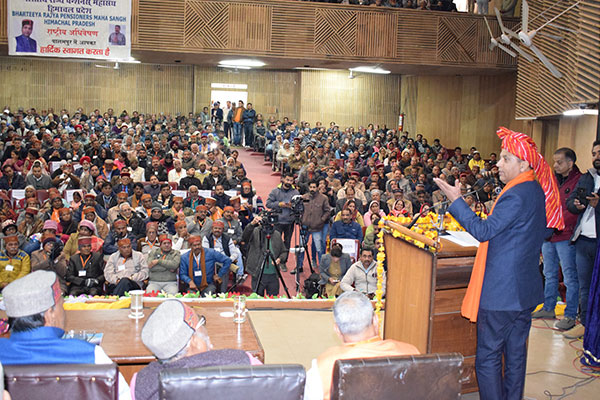 He said that appropriate steps would be taken to provide cashless medical facility to the employees and pensioners of the state. State government has launched Him Care scheme for families not covered under Ayushman Bharat scheme of the Government of India. It provides for free treatment up to Rs. Five lakh per family. So far, about 45,282 patients have availed the facility of this scheme and Rs. 51 crore 33 lakh have been spent till now. He said that Rs. 100 crore have been spent for treatment of more than one lakh people under Ayushman Bharat and Him Care in the state, besides this Rs. 40 crore have been spent under Chief Minister relief fund for providing free medical treatment facility to the people.

He said that provision of providing Rs. 2,000 per month has been made under Sahara Yojana to provide relief and care to economically week families suffering from serious diseases like cancer, epilepsy etc.

Chief Minister said that state contribution under New Pension Scheme has been enhanced to 14 percent from 10 percent benefitting about 80,000 employees. 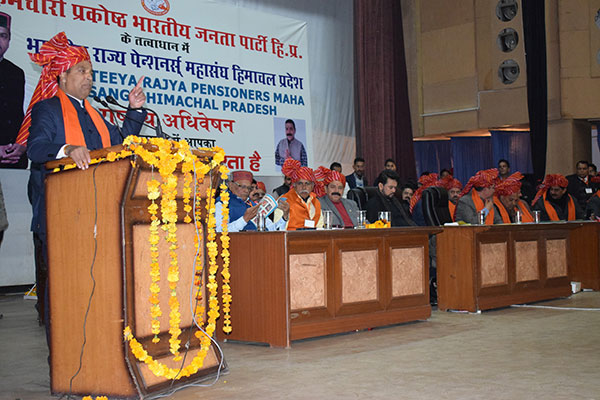 Health and Family Welfare Minister Vipin Singh Parmar said that present state government has completed two years on 27th December, 2019 and these two years had been dedicated to the good governance and overall development of the State. Union Home Minister Amit Shah and National Executive President of BJP J.P. Nadda have also appreciated the efforts of state government for various programmes and schemes which were being implemented in the state during the last two years.

National president of Bhartiya Rajya Pensioners Mahasangh C.H. Suresh welcomed the Chief Minister and apprised that 200 delegates from 22 states have participated in this convention.