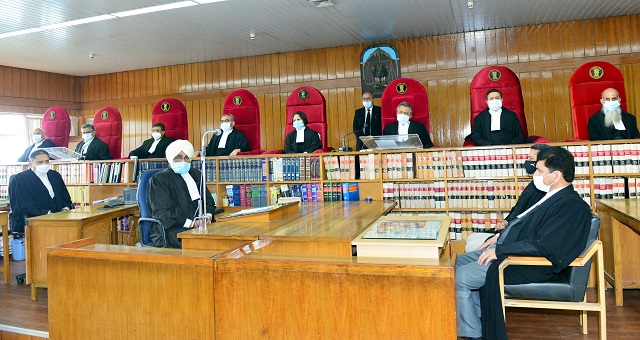 Speaking on the occasion, the Acting Chief Justice Ravi Malimath said that Justice Anoop Chitkara hails from a traditional family of lawyers. He said that despite of his busy schedule, not only as a lawyer, but also as a Judge, he has delivered many lectures and has contributed a lot to the growth of law. He appreciated the warm and affectionate nature of Justice Chitkara and his genuine concern for people. He said that the cordial behaviour and humility of Justice Chitkara endeared him to the members of the Bar and the Bench.

On this occasion, Justice Anoop Chitkara thanked his brother and sister judges, members of the Bar, Judicial Officers, Officers and officials of the Registry for their affection and co-operation apart from those who spoke on the occasion. He said that being a third-generation lawyer, his professional success and his chair are a result of his hardwork. He appreciated the dedication and impeccable sense of duty of all those people discharging their duties around him. He also appreciated the young lawyers for their exuberance and eagerness to learn.

Justice Anoop Chitkara was presented Guard of Honour after the Full Court Reference.