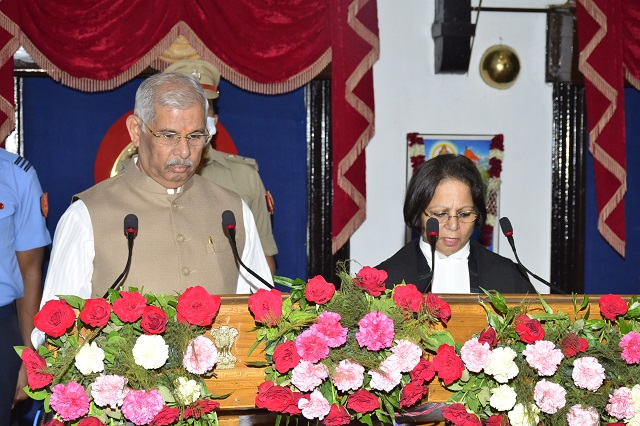 The ceremony took place at the Darbar Hall of the Raj Bhawan, where Chief Secretary Ram Subhag Singh conducted the proceedings of oath ceremony and read out the notification issued by the Government of India, Ministry of Law and justice regarding transfer of Justice Sabina as Judge of the High Court of Himachal Pradesh.