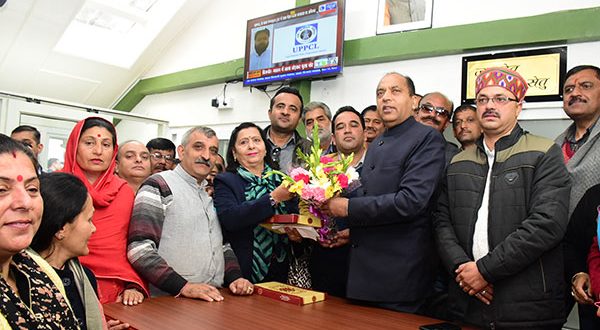 Need to channelize youth energy to save them from drug trap: CS

This was stated by Chief Secretary Dr. Shrikant Baldi in a meeting held here today pertaining to special drive on prevention of drugs abuse and alcoholism in the state to be launched from 15th November to 15th December, 2019 by the Chief Minister from the Ridge, Shimla.

He said that as the Kaushal Vikas Nigam is also the primary implementing agency of the Himachal Pradesh Skills Development Project, the youth should be identified by the departments and tie up with the Nigam as well. For increasing the employability of such children who are not going to school and unemployed youth, we should catch them young so that their energy could be channelized in proper manner rather than their falling trap of drug peddlers and becoming habitual of intoxicants.

He said that the aim of the month long campaign was to spread awareness amongst the masses, particularly to communicate message deep to the parents and children about the ill effects of drug and how to desist from this toxic evil. He also stressed for tie ups with industrial associations in Himachal and provide them need based skill masters.

Directions were given to provide much needed media coverage throughout the state, wherein the department of Information and Public Relations will issue press releases with photograph everyday from the head quarters besides also form their field offices which will be reviewed on day to day basis.

The Chief Secretary said that to give wings to Mukhya Mantri Swavalamban Yojna and create more opportunities of self employment the need of the hour was to funnel the calibre of the youth. As of now, a subsidy of 25 to 30 percent was being provided to the youth under the scheme.

He exhorted all the departments and non-government organisations to come forward to fight the evil of drugs in befitting manner.

Head of the departments, and nodal officers attended the meeting.