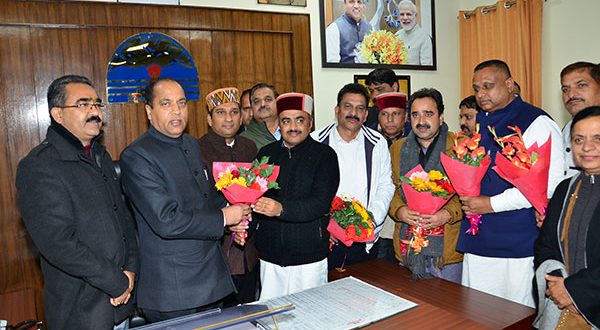 Chief Minister Jai Ram Thakur, while addressing the deputation led by newly appointed President of Solan district BJP Ashutosh Vaidya here today, said that party workers were real strength of any party and urged the BJP workers to work with dedication to strengthen the base of party in every nook and corner of the State. 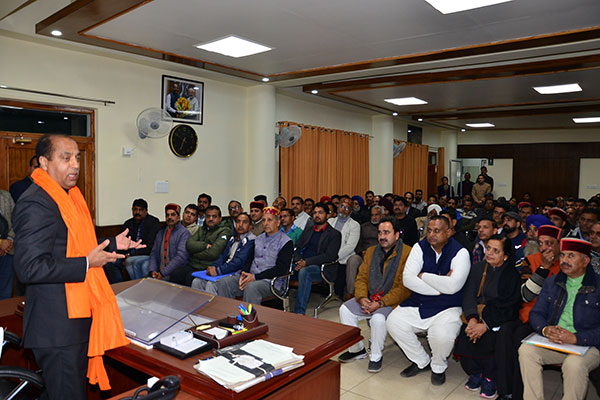 Jai Ram Thakur, while congratulating Ashutosh Vaidya for the responsibility given to him and expressed hope that the BJP would emerge strong and solid under his leadership in Solan district.

Social Justice and Empowerment Minister Dr. Rajiv Saizal, General Secretary, Child Welfare Council Payal Vaidya and other prominent leaders of the district  were present on the occasion among others.